Copperas Cove firefighters remember one of their own 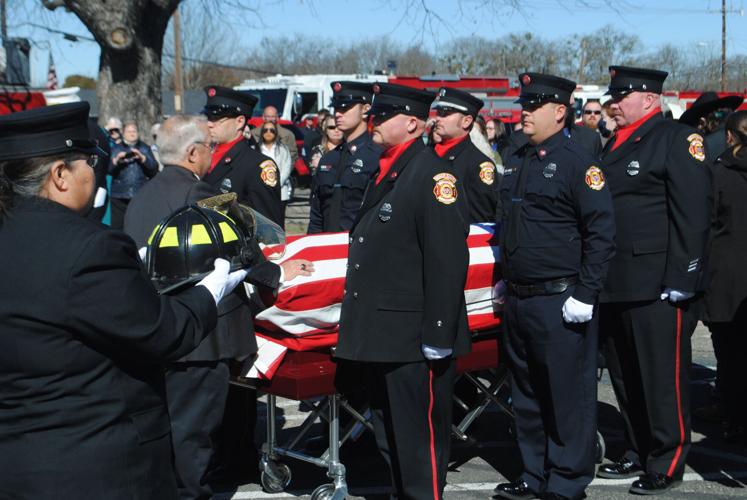 Firetruck and emergency vehicles from stations across Texas file behind the Copperas Cove fire truck leading the procession under the American flag draped between two CCFD ladder units. 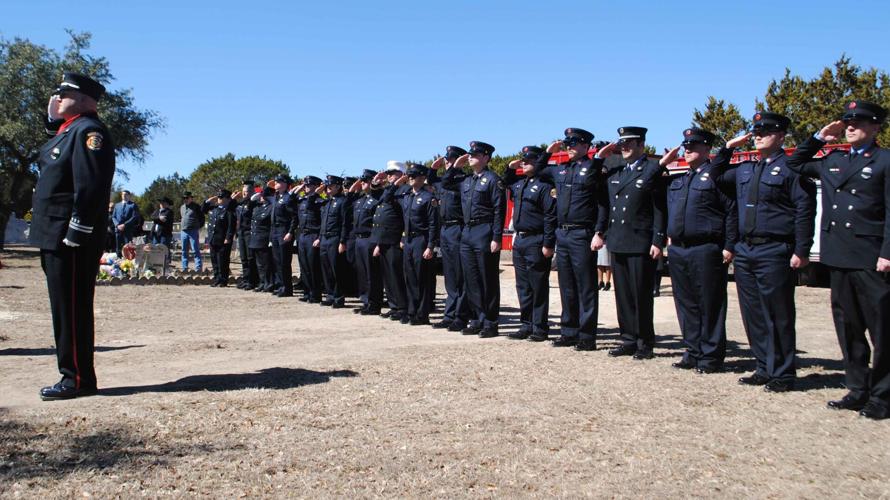 Uniformed personnel line the grounds at Kempner Cemetery to pay tribute to Michael McGuire, a fallen Copperas Cove firefighter, and his family.

Family and friends said goodbye at Kempner Cemetery as graveside honors included the last call for McGuire from CCFD Dispatch.. Service radios echoed throughout the grounds, “Badge 414 … your tour is complete,” The funeral service was held at the First Baptist Church of Copperas Cove and opened with the presentation of colors by Killeen Police Department Honor Guard. Pastor Preston Atkins from Southern Hills Baptist Church of Kempner, delivered the eulogy followed by encouraging words from the Copperas Cove Fire Department Chaplin Russ Cochran.

McGuire died from an illness acquired in the line of duty, but Cove fire officials have not said what the illness was.

More than 50 emergency vehicles followed the CCFD fire truck which held McGuire’s flag-draped casket in a procession that stretched over a mile from the church to the cemetery. It slowed as it passed through an intersection where two outstretched ladder trucks held the American flag over U.S. Highway 190.

As the family were seated graveside, uniformed first responders lined up and surrounded the scene. Chaplain Cochran offered an explanation of the honored “three bell” tribute. Three bells tolled, representing “end of duty” and a “return to quarters.” The CCFD Color Guard ceremoniously removed and folded the American flag which draped the casket and presented it to McGuire’s mother. His sons were given McGuire’s duty helmet.

After the crowd recited the Lord’s prayer, firefighters from Round Rock and Waco Fire Department’s Pipe and Drums Corps played “Amazing Grace.”

The lone bagpipe player turned and walked slowly into the distance.