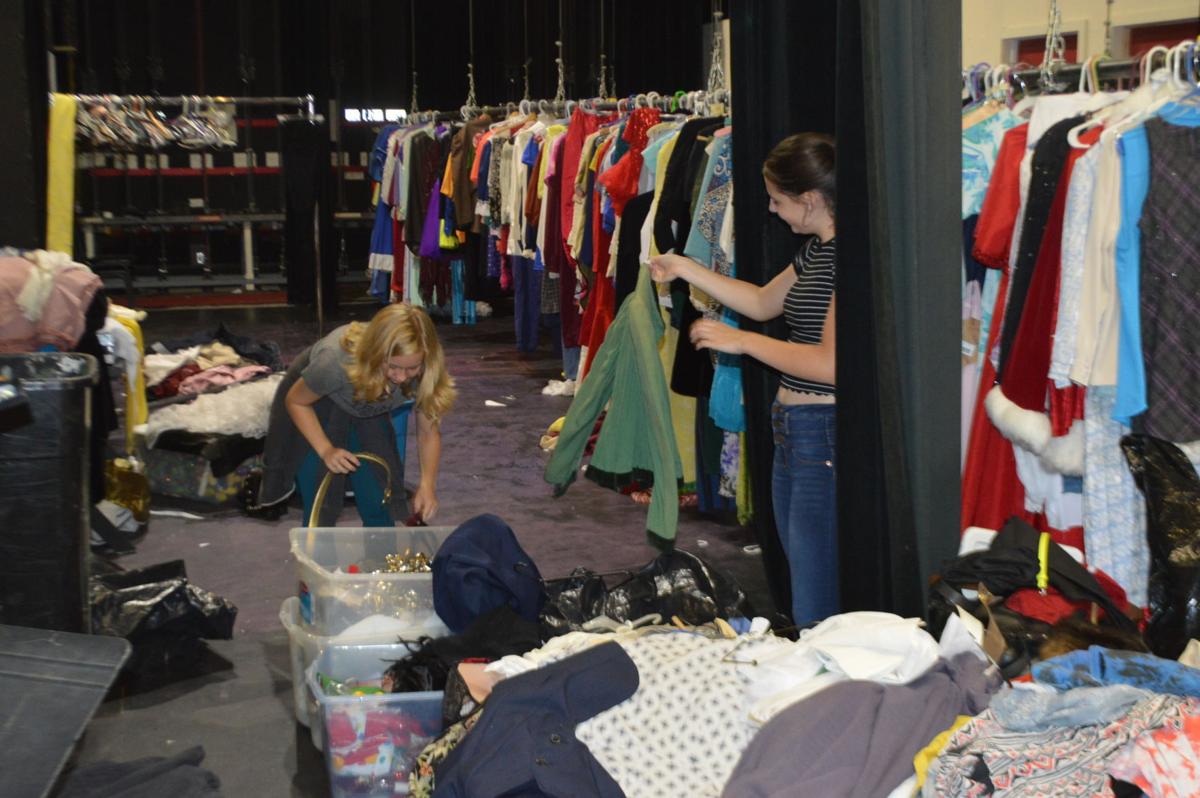 Emma Pierce and Kendra Pugh go through the clothes to decide what to keep. 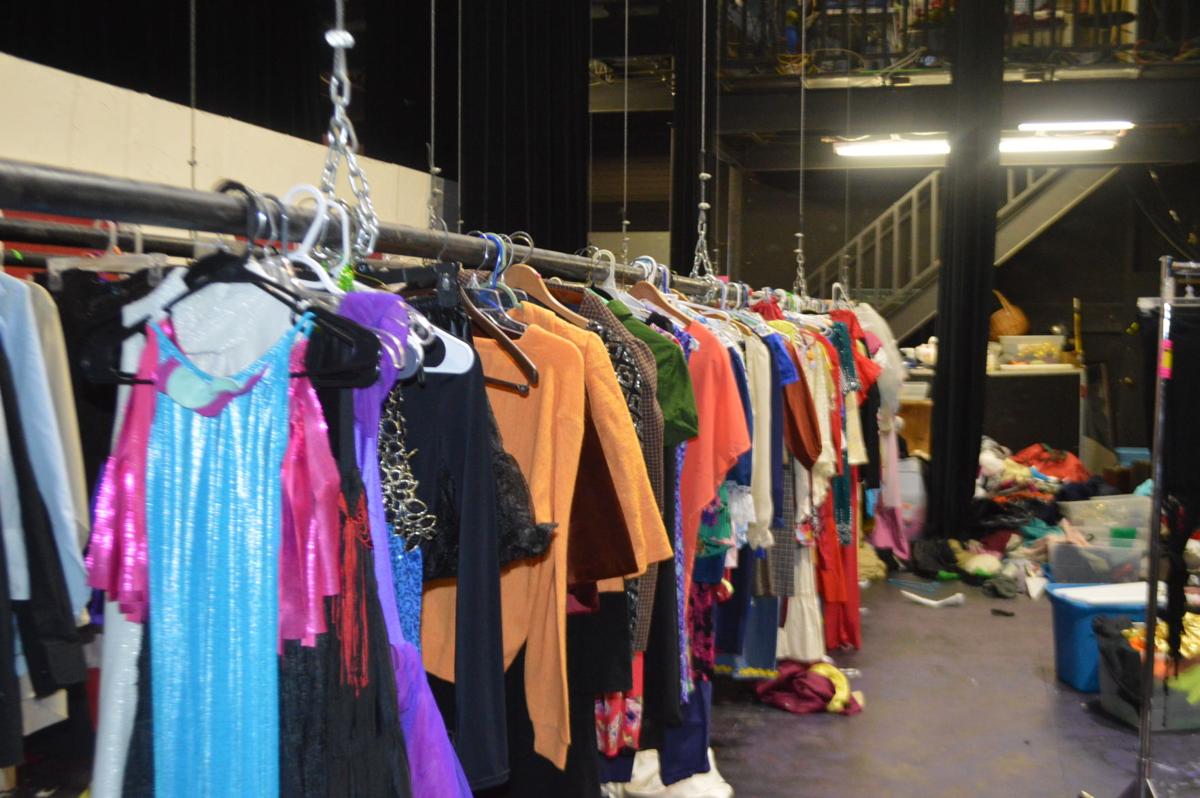 Racks and racks of clothes sat center stage waiting to be gone through. 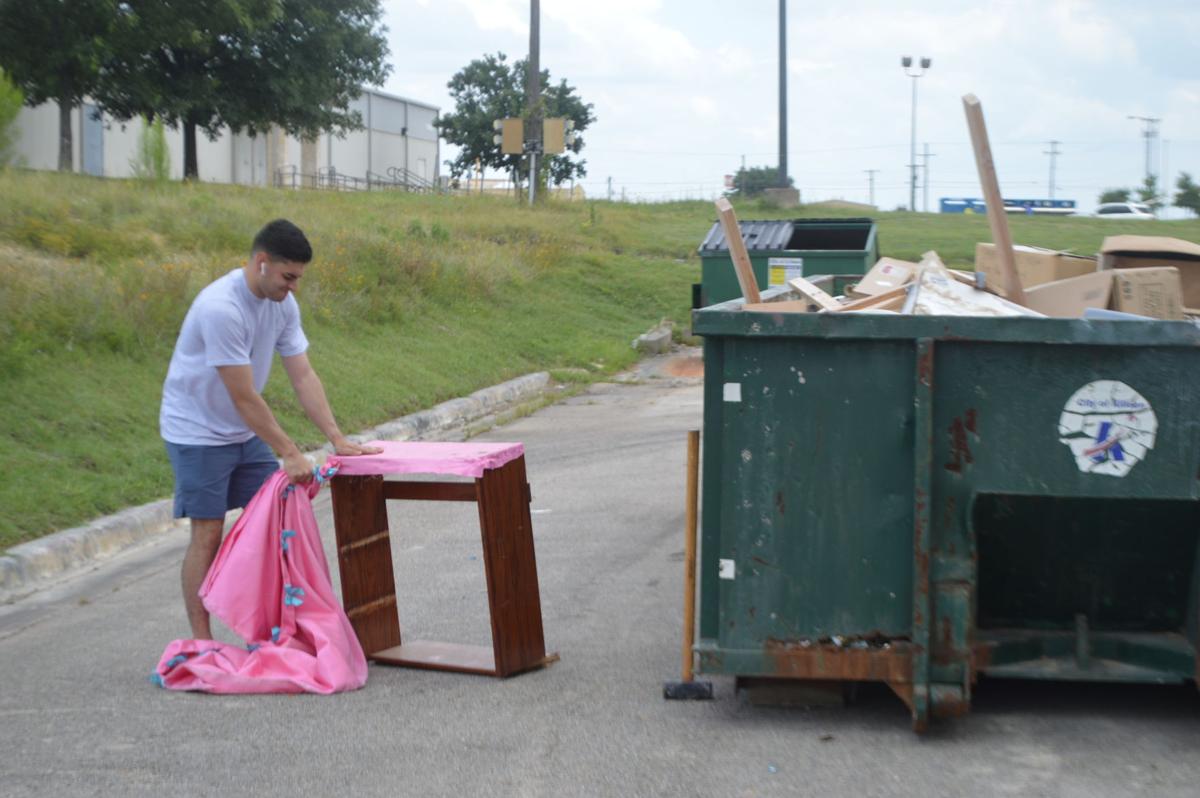 Gabriel Linneman disassembles a small bookshelf to be put in the trash.

Vive Les Arts Theatre in Killeen has decided to sort through some of their costumes, props and set pieces as they now have a new executive director.

The VLA board approved the hiring of Jami Salter as the new executive director of the community theater organization last week.

This was the first theater cleanup day since she has been appointed. The clean up day was mainly to clear out some space and get rid of some things no longer needed.

Salter gave an example of a wooden frame on a shelf in the back of the stage.

“There is no written record of this ever being used, and I don’t think we will ever use it,” Salter said.

In addition to the cleanup, Salter also has some bigger plans for the theater.

For the most part, the cleanup was Salter’s first project as the new executive director. She previously worked as a theater teacher in the Killeen Independent School District for about 15 years.

She said her transition could not have been any smoother. “It has gone extremely smooth. They have welcomed me with open arms and the community has been super supportive of me taking on this role,” Salter said

Click Here to See What Your House is Worth