KISD reports a total of 213 voters who cast ballots in the Killeen ISD Trustee Election at the five early voting locations. By comparison, last year’s first day of early voting in the trustee election and bond election, drew 587 voters.

Were you among the hundreds who cast ballots in early voting Monday?

If not, there’s still time. Special early voting sites opened Monday, but they will remain open through April 30 for the May 4 election.

Here are the number of early ballots cast so far in each election.

Central Texas College: Early voting totals for each day will be provided the next morning, as all CTC precincts won’t be in until then. 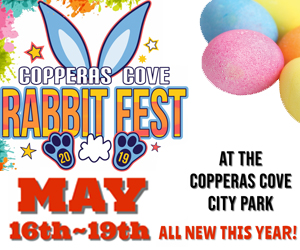 KISD: Early voting totals for each day will be provided the next morning, as precincts outside of KISD Headquarters won’t be in until then.

For information about candidates, issues and polling times and locations, view the Herald’s election coverage at kdhnews.com/centerforpolitics.