The Mayborn Science Theater, located on the campus of Central Texas College, will host its monthly Classic Movie Night and matinee doubleheaders during the week of spring break. The matinee shows will be at 1:30 and 2:30 p.m., March 12-14, and two classic movies will be shown Friday, March 15.

The matinee shows begin Tuesday, March 12 with “Flying Monsters.” Take a journey with world-renowned naturalist and documentary filmmaker David Attenborough as he recounts the fascinating story of how we first discovered the dinosaurs that ruled the prehistoric skies. These flying reptiles, known as pterosaurs, had wingspans as long as a modern jet plane and were as spectacular in appearance as they were amazing in flight. The show takes viewers through the lush and alien environment in which these creatures lived to experience real flying monsters. Show time is Saturday at 1:30 p.m.

At 2:30 p.m. is “Zula Patrol: Under the Weather.” Based on the award-winning PBS TV series, the Zula Patrol gang takes an expedition to collect samples of weather for scientist Multo’s research — using their loyal pet Gorga’s ability to collect and bottle all kinds of weather. Along the way, interplanetary villain Dark Truder tricks Gorga into stealing the weather from other planets as part of his evil scheme to control the universe. While trying to halt the scheme, the gang learns all about terrestrial and interplanetary weather. 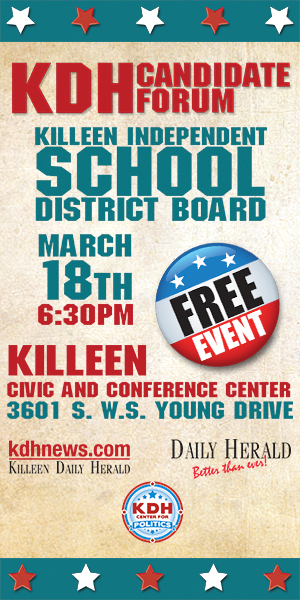 On Wednesday, March 13, the matinees open at 1:30 p.m. with “Pandas: The Journey Home.” Presented by National Geographic, the show gives the audience unprecedented access to meet all of the pandas at the Wolong Panda Center in China as they get ready for their new lives in various parts of the world. The audience will see these cute, lovable creatures as never before and learn about their fascinating habits and personalities.

At 2:30 p.m. there are more adventures with the Zula Patrol in “Down to Earth.” Join characters Bula, Zeeter, Multo, Gorga and the rest of the Zula gang on a routine fossil-hunting mission as they are launched on a rollicking ride into Earth’s past to save the world. In the process, our heroes learn all about the formation and development of the Earth and the life forms who call it home.

On Thursday, March 14, “D-Day: Normandy 1944” opens the matinees at 1:30 p.m. Narrated by Tom Brokaw, the show details the largest allied operation of World War II using a variety of cinematography techniques. It explores the history, military strategy, science, technology and human values of this monumental event which helped shape the world during World War II. Audiences will gain a new perspective on how this landing changed the world and how this region of Normandy, France became the most important location in the world from the end of 1943 through August 1944.

“Dinosaurs at Dusk” follows at 2:30 p.m. This action-packed, animated show gives the audience a close-up view of early Earth and the fantastic animals that once roamed its surface and ancient skies. Follow the adventures of a father and his teenage daughter as they travel back in time through several geologic periods, hike through rain forests, scale ice cliffs, sail over prehistoric oceans and parachute into a vast sinkhole in their search for the first flying animals.

Classic Movie Night is Friday, March 15 opening with the Disney film “Beauty and the Beast” at 5:30 p.m. followed by the Steven Spielberg classic “Raiders of the Lost Ark” at 7:30 p.m. Tickets for the matinee shows are $5 per person/per show and free for Planetarium members. Tickets for the Friday night movies are $5 per person/per show. Planetarium members are admitted for half-price.