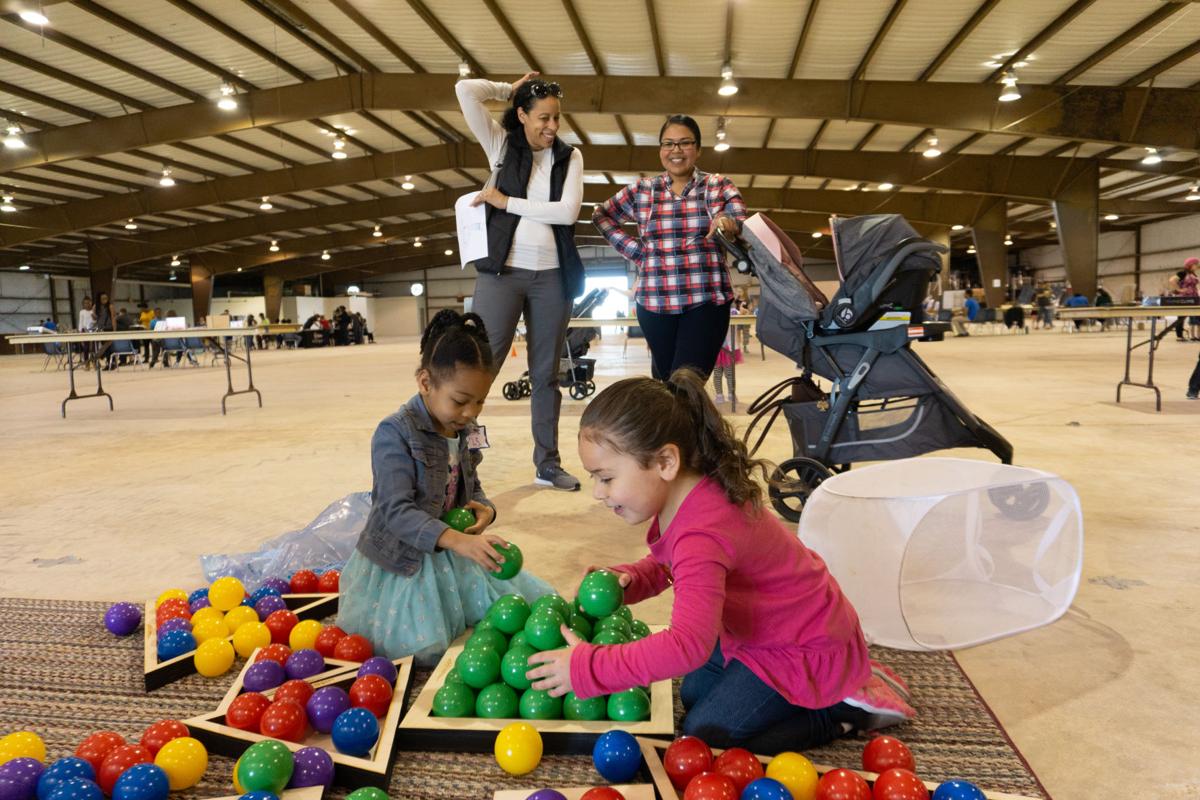 Nichole Anderson and Veronica White look on as their children Christina Anderson, age 5, and maria White, age 4, learn about triangle and square stacks during a saturday, march 8, 2019 Brain Blast at the Killeen Special Events Center 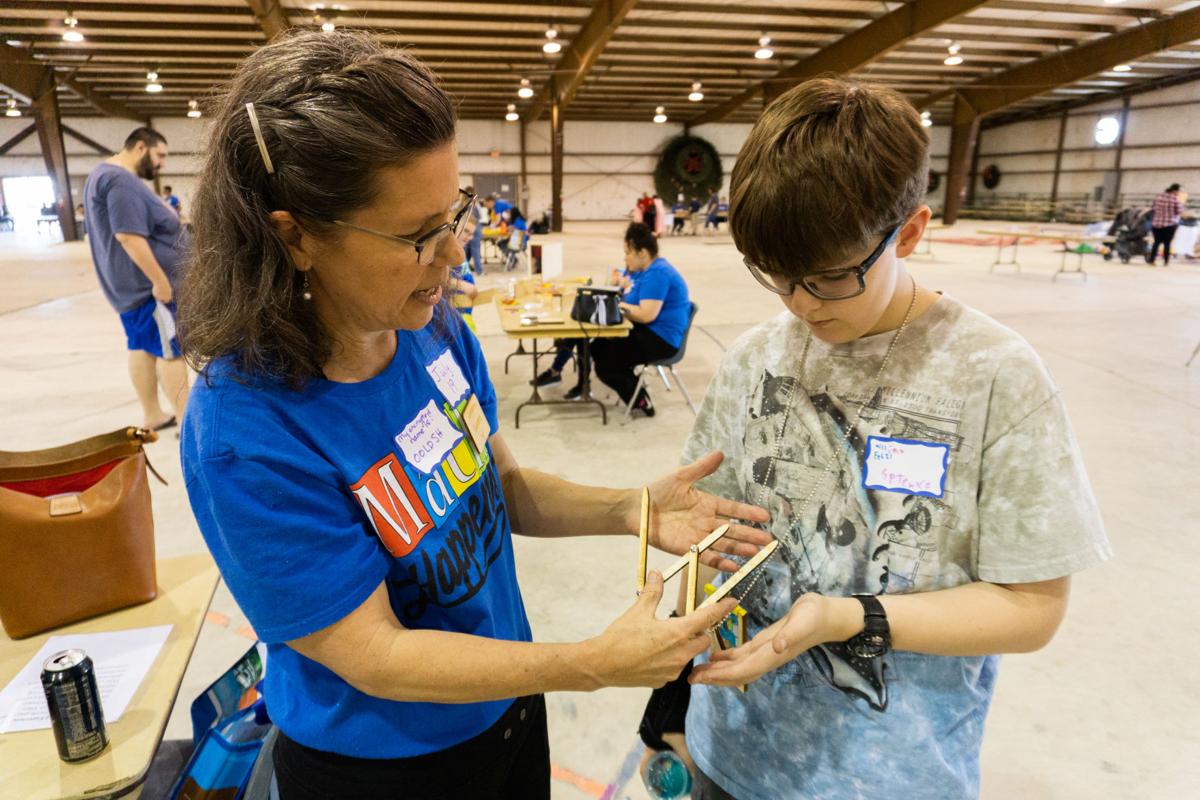 Lauren Siegel of Mathhappens from austin shows William Mckinnis, age 11, how the ruler he made demonstrates the “golden ratio” during a saturday, march 8, 2019 Brain Blast at the Killeen Special Events Center 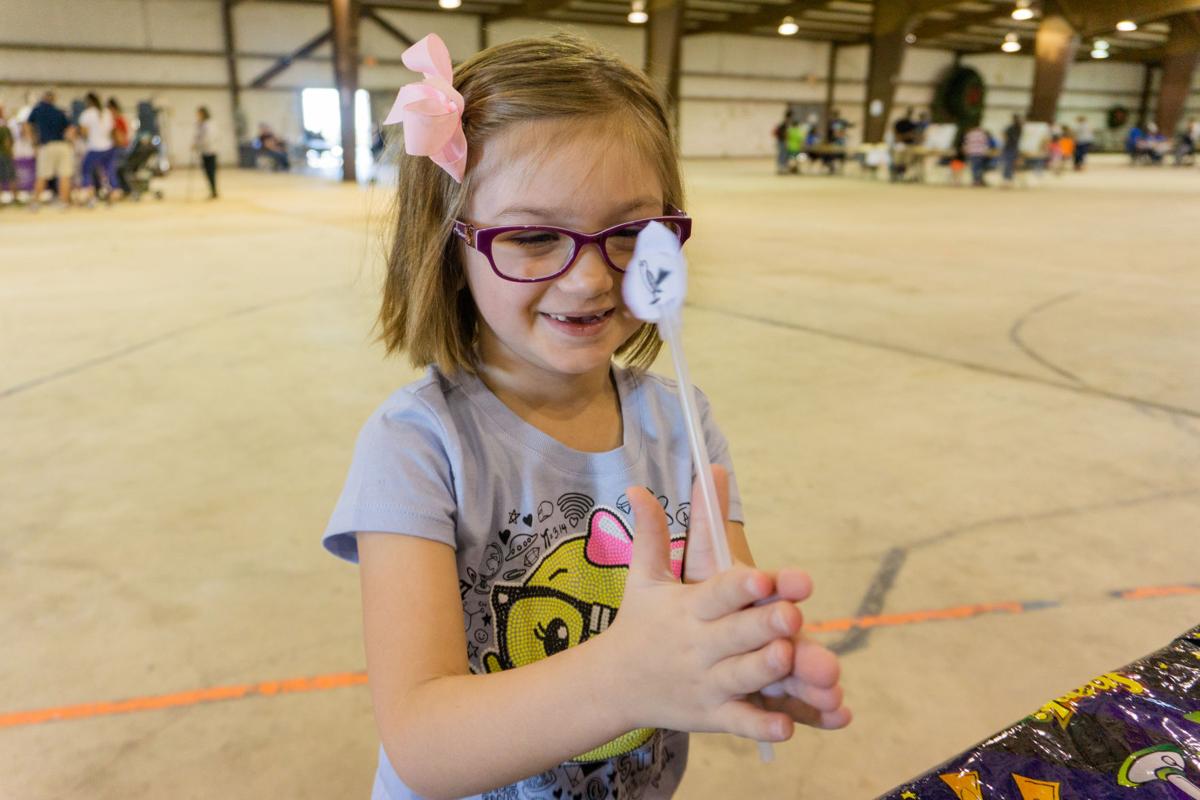 Kinzley Johnson, age 6, plays with an optical illusion toy she built during a saturday, march 8, 2019 Brain Blast at the Killeen Special Events Center 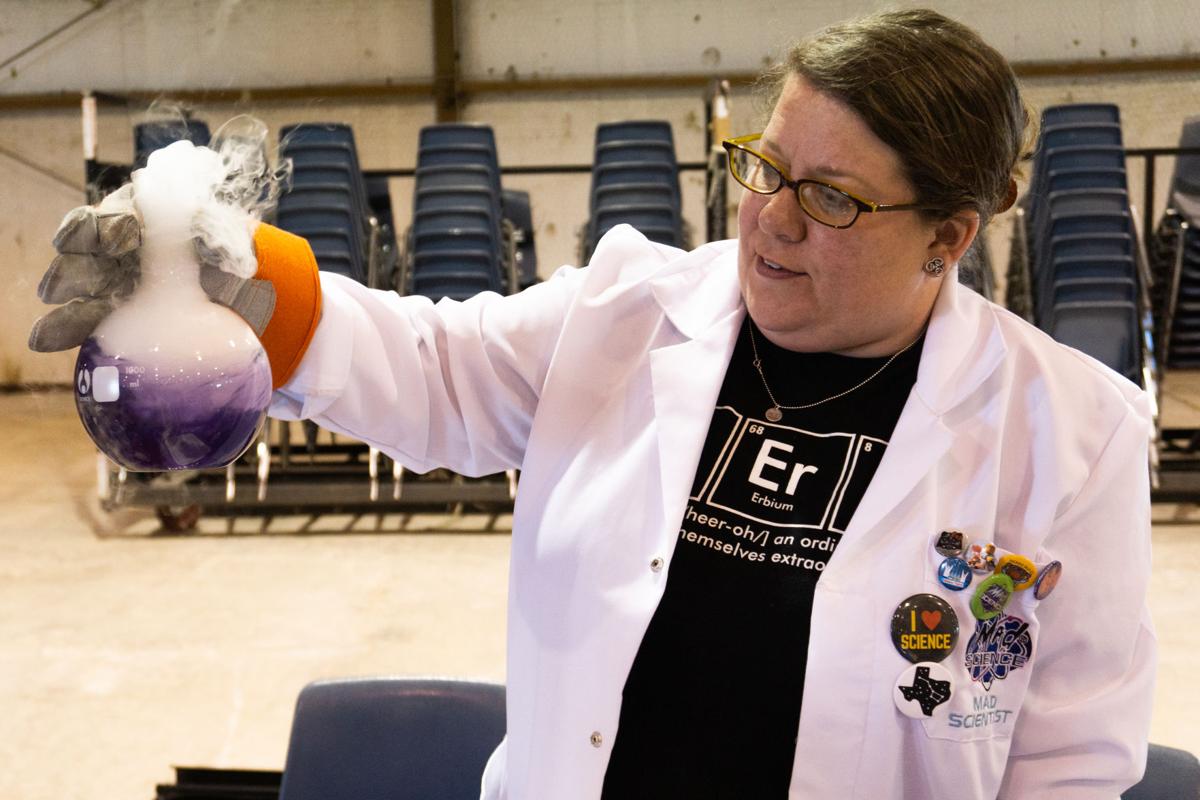 Kids stood at an activity table with outstretched arms to catch liquid nitrogen bubbles. Preschool-aged kids rolled marbles down tunnels made of plastic tubes, while other children maderulers and optical illusions.

The fun, hands-on activities were all a part of the Brain Blast event held at Killeen Special Events center on Saturday. Brain Blast engages children in science, technology, engineering and math through age-appropriate activities. Brain Blast is one of many new programs to get added to the overall line-up of activities with the Killeen library.

“I want them to take away that science, technology, math and engineering are something that you can start learning at any age.” said Killeen Public Library Director Deanna Frazee. “The idea is that this even inspires people to connect with math and science instead of looking at numbers on paper — you are seeing it and using it.”

About 60 people signed up for the event, including Killeen resident LeeAnn Johnson, who brought her two daughters, and found herself learning also.

“I think this is an awesome event, my kids are learning science and math skills that they might not learn in school.” Johnson said, “And we are learning right along with the kids on some of the things that we didn’t know before also.”

Organizations such as Girls Scouts of Central Texas, Mad Sience of Austin, Thinkery and MathHappens of Austin were on site. Activities included making “Scribble Bots.” Children covered a plastic cup with makers, bells, pipe cleaners and an electric motor. When the robot was turned on, it jumped around the paper making different colored designs.

Learning about math and science through hands-on learning is “especially important for children because they’re very active and it’s hard to keep their attention,” said Director of MathHappens Lauren Siegel. “It’s great that they can learn while they’re playing.”

“It’s kinda cool that the library sets this up for us. This is like a giant free tinker crate. I hope they have this every year,” he said.