Texas community comes together to bury veteran with no family 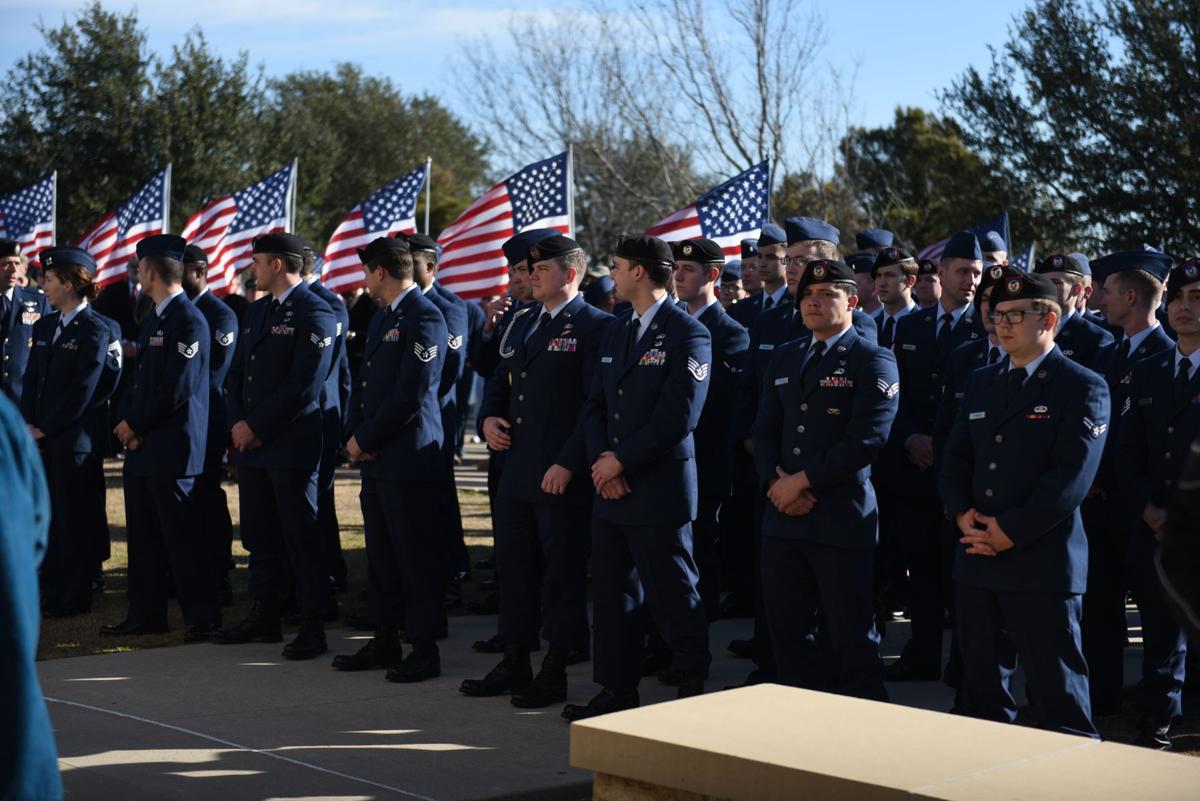 Airmen from Fort Hood’s 3rd Air Support Operations Group and 3rd Weather Squadron get in formation for the burial of Joseph Walker, a United States Air Force veteran, Monday morning at the Central Texas State Veterans Cemetery. Cemetery officials said approximately 2,000 people showed up to the funeral for Walker, who had no family or friends in attendance. 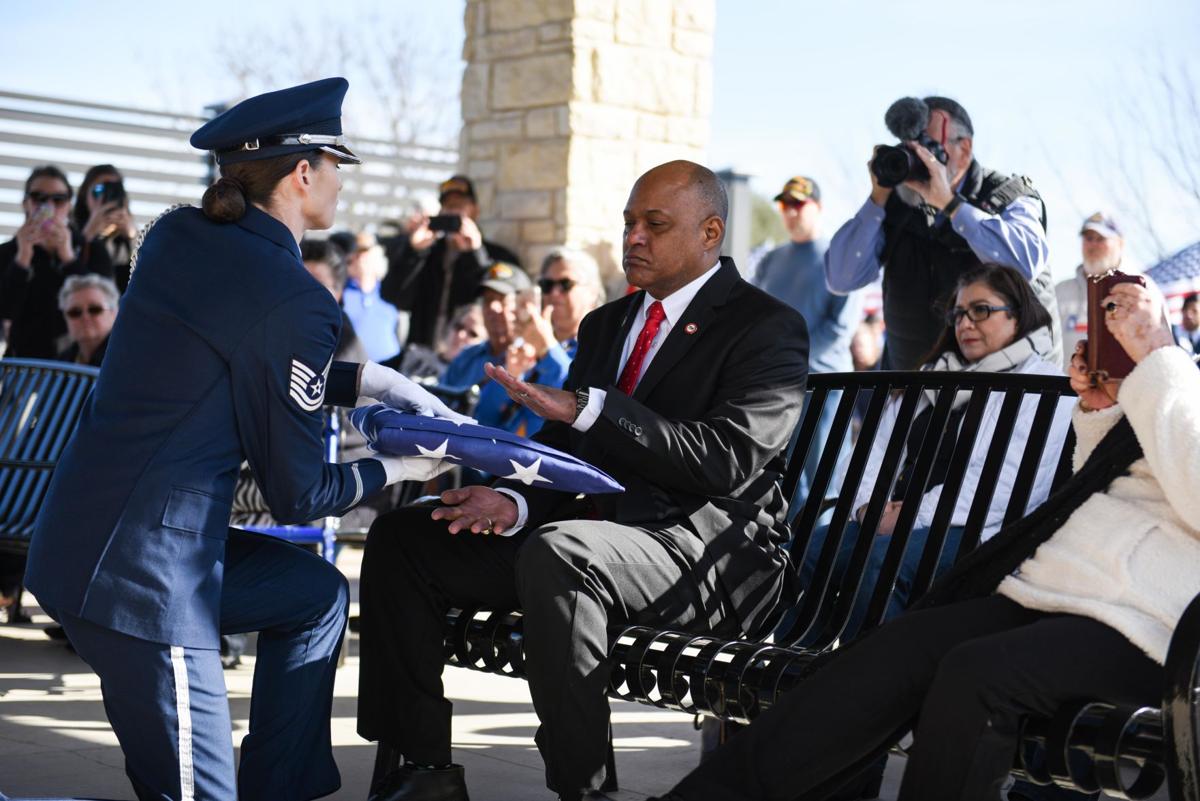 U.S. Air Force Tech. Sgt. Julie Fuleky, a member of the honors team from Lackland Air Force Base in San Antonio, presents the U.S. flag that covered the coffin of Air Force veteran Joseph Walker to retired Army Command Sgt. Maj. Douglas Gualt during funeral services for Walker at the Central Texas State Veterans Cemetery on Monday. Gault, the cemetery’s Texas Veterans Land Board representative, accepted the flag on behalf of the state because Walker had no friends or family available to attend the funeral.

By David A. Bryant

People from across the state of Texas gathered at the Central Texas State Veterans Cemetery in Killeen on Monday to lay to rest U.S. Air Force veteran Joseph Walker.

According to cemetery staff, at least 2,000 people came to ensure Walker, who had no family available, would not be buried alone. While there was not much information available about Walker, to include his rank, he was 72 at the time of his death in November 2018. He served in the Air Force from September 1964 to September 1968.

Several TV news stations covered the event, with one news station from Houston live-streaming the service. Cemetery staff said veterans had come from north Texas, Houston, Austin and San Antonio to stand in as Walker’s family.

There were even two Dallas Police Department officers paying their respects.

A trio of small civilian aircraft performed the missing man formation in the traditional military style, one peeling off to honor Walker and as a symbol of his departure from life.

“It was put out that this veteran had no family or friends and we were called on to support him,” said Staff Sgt. Brian Walters, a soldier with 48th Chemical Brigade. “I think it’s our duty to support veterans in this kind of situation.”

So many people decided to attend that the funeral — scheduled for 10 a.m. sharp — was postponed for 20 minutes to allow time for everyone to make it to the viewing area. An attendee was overheard saying he’d walked a mile from where he parked along State Highway 195.

The Killeen Police Department was required to direct traffic after the funeral, although it still took some attendees nearly an hour to leave the cemetery,

“It’s completely overwhelming,” said Karina Erickson, Texas General Land Office communications director. “This is something you kind of hear about on the news, and you don’t really expect to be a part of it. You don’t expect the community to turn out in such numbers for someone that they don’t know.

“It really sends the message that this is Texas, and we don’t leave our veterans behind.”

The sheer number of people in attendance was a testament to the power of social media to reach people. The Herald and several TV news stations shared information about the funeral online — the Herald’s original Facebook post on Friday was shared 1,460 times by Monday.

“I thought this was a great way to honor a fallen veteran,” said retired Army Sgt. 1st Class Will Thomas, one of the attendees. “They did a great job in coming out — especially putting it out on the news and on Facebook, inspiring more people to come out and support him. That’s what we’re about — we’re all veterans and we should be here for one another.”