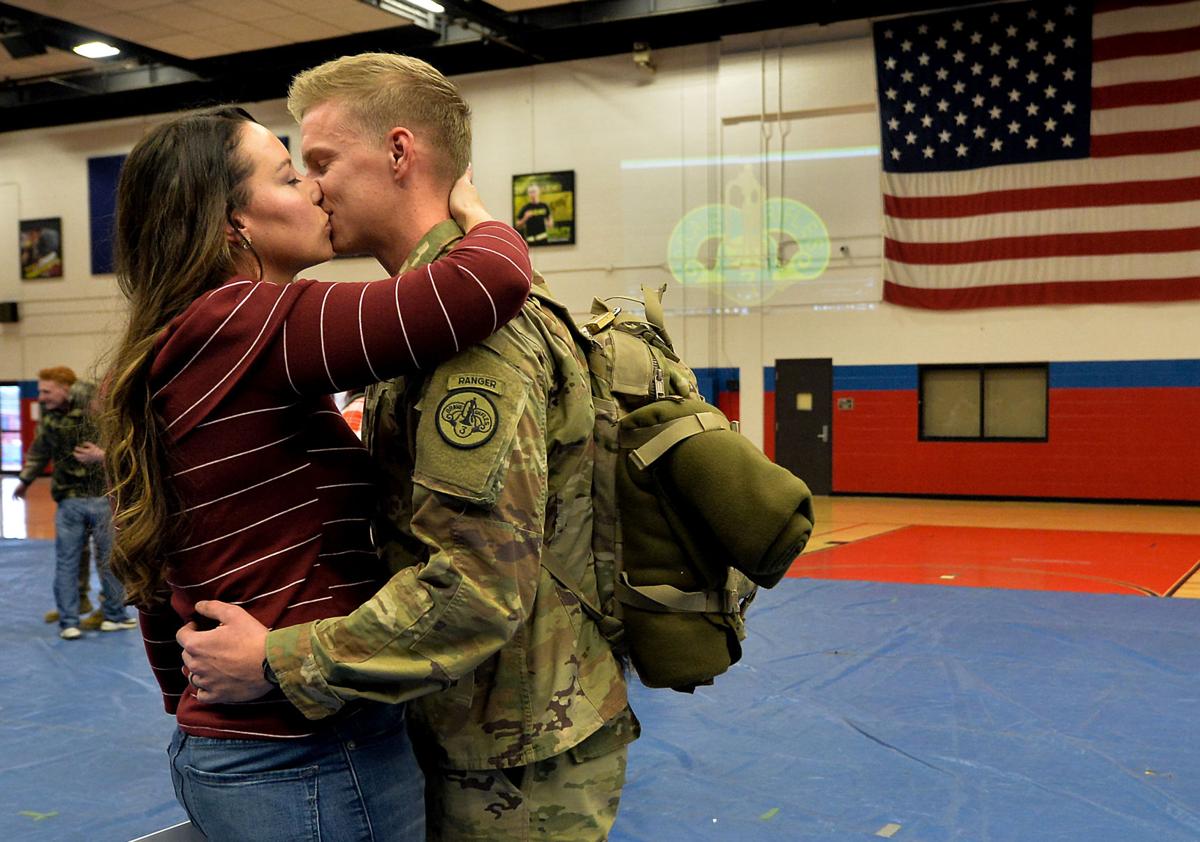 Callie Cummings kisses her husband, Capt. Chris Cummings, at the Abrams Physical Fitness Center as approximately 130 soldiers from the 3rd Cavalry Regiment arrived at Fort Hood from a nine month deployment to Iraq on Friday, Jan. 18, 2019. 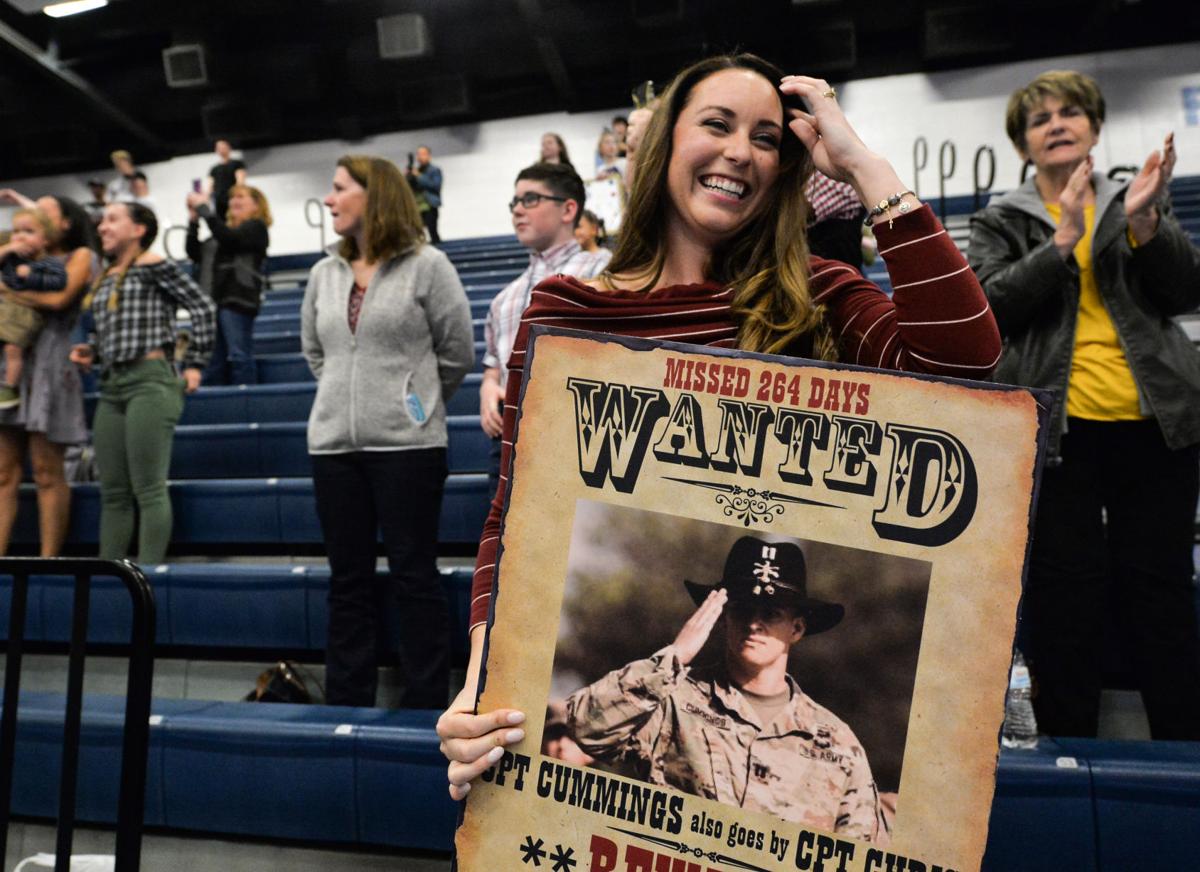 Callie Cummings is all smiles as she waits for her husband, Capt. Chris Cummings at the Abrams Physical Fitness Center on Friday, Jan. 18, 2019, on Fort Hood. 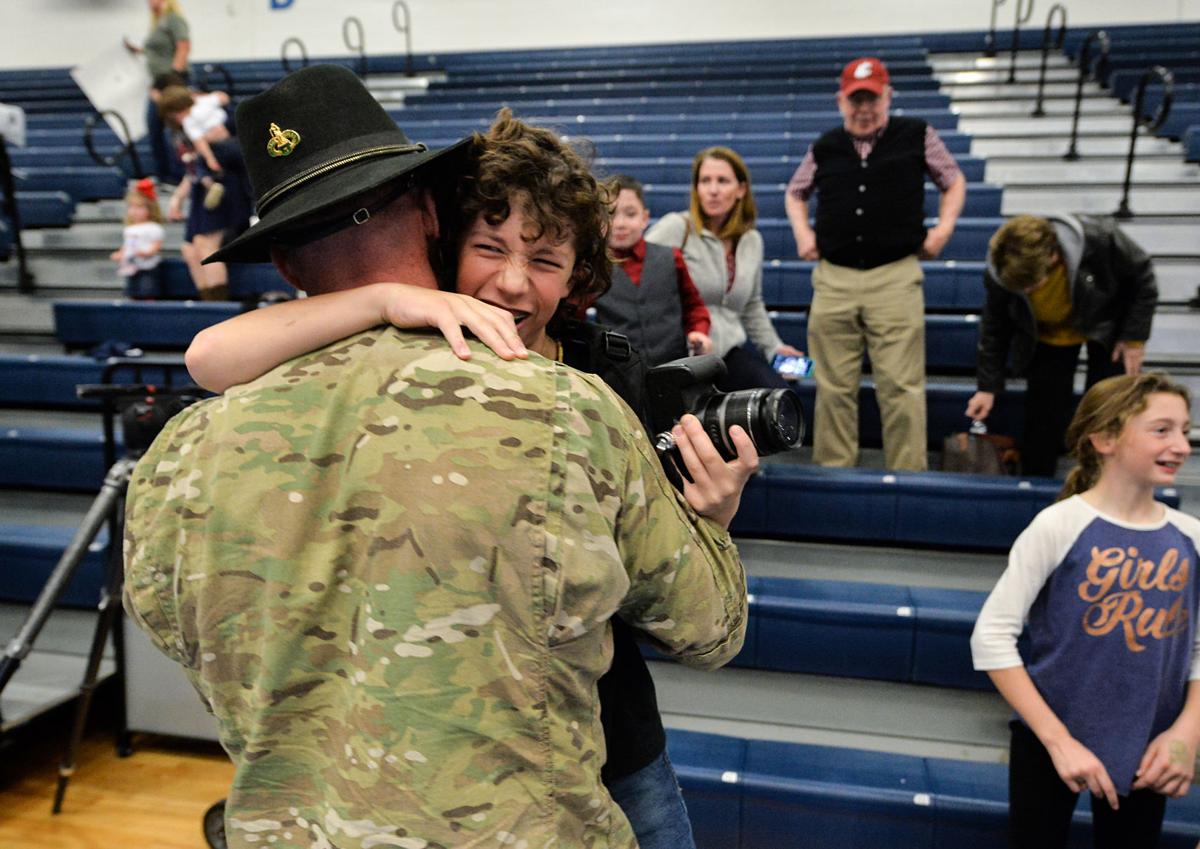 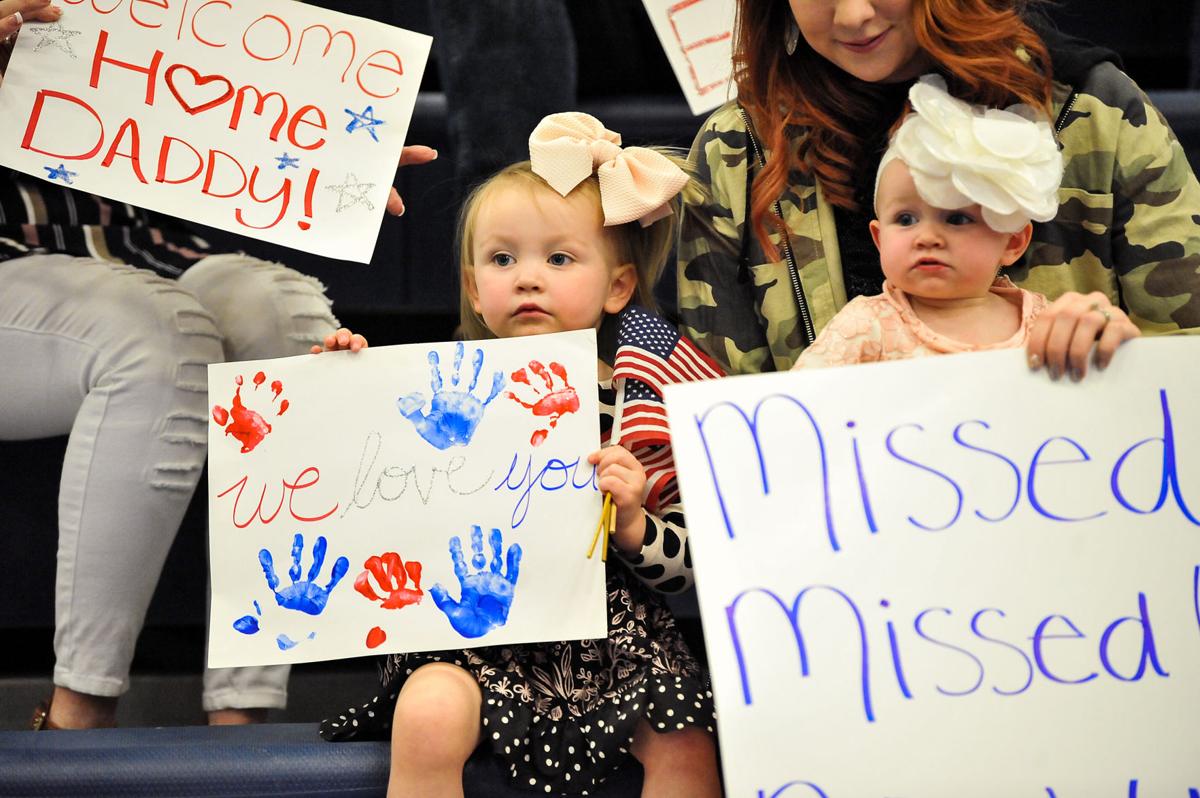 Harloe and Scotlin Baxter holds signs welcoming their dad, Capt. Jordan Baxter, back to Fort Hood on Friday, Jan. 18, 2019, from a nine month deployment to Iraqi. 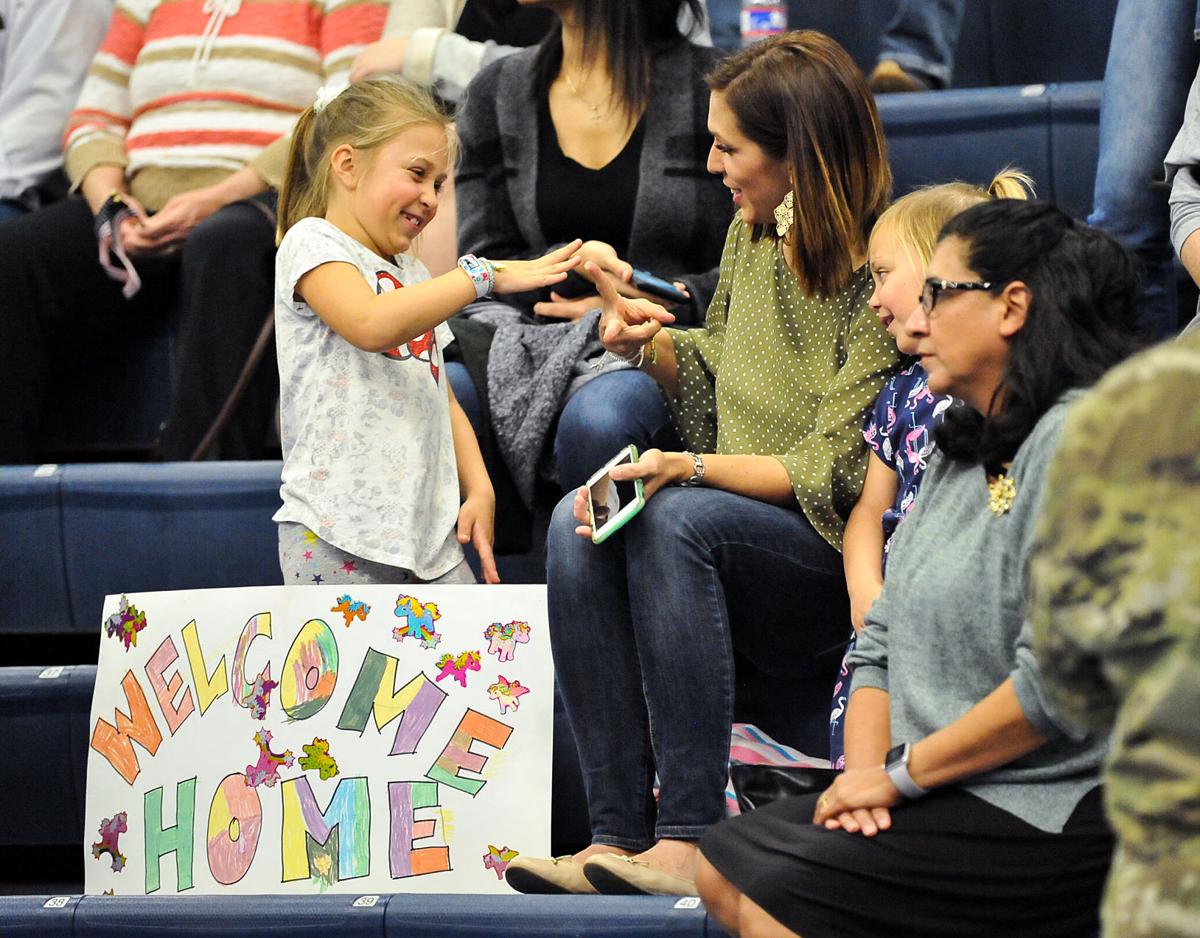 Lindsey and Hannah Blackmon play a game of rock, paper, scissors, at the Abrams Physical Fitness Center on Friday, Jan. 18, 2019, while they wait for Lt. Col. Rhett Blackmon returning from a nine month deployment to Iraq.

Capt. Christopher Cummings, commander of G Troop, said he spent the previous nine months working to help build a stable Iraqi government and infrastructure, but the separation from his wife, Callie Cummings, was the hardest part of the deployment.

“It’s been difficult at times, but I have a very supportive wife, she’s very understanding,” said the troop commander.

He said one of the first things he was looking forward to now that he is home was sitting on the couch, sharing stories and catching up with his wife and playing with his dog.

Callie Cummings said she filled the time away from her husband by working and even authored a book titled “The Bold Maneuver.”

“I know what they’re doing over there is really important, so you just try and think of the positive aspects of it, and keeping yourself busy is the best thing you can do,” Callie Cummings said.

Lilia Work, 10, and Tyler Work, 12, said the house has been quieter since their father, Lt. Col. Matthew Work, deployed. He is the commander of the regiment’s 2nd Squadron. Lilia and Tyler said they were looking forward to “tickle parties” and hunting now that their father is home.

“It’s been pretty difficult, but we were focused on the mission overseas, and to see the positive effects we had over there and all the wonderful kids, reminded me of my kids on a daily basis,” Matthew Work said.

Maj. Andrew Betson, an operations officer with the regiment, said the soldiers who deployed worked in an advisory role for some of the senior headquarters of the Iraqi security forces throughout the country. He said some elements of the regiment also provided security and support to U.S. special operations forces inside Syria.

“What they were doing was providing intelligence and fire support and military advice as they were going through their operations against ISIS,” Betson said.

“I think it was absolutely a successful mission, we’ve made amazing headway over the last nine months helping the Iraqi Security Forces really stamp out some of the last remnants of (ISIS),” Betson said. “We’re pretty confident and happy with what we were able to get done.”

The regiment suffered no casualties during the nine-month deployment.

This was the third flight of returning troopers to Fort Hood from Iraq and additional flights are scheduled throughout the next several weeks to complete the rotation home. Approximately half of the regiment’s 4,300 soldiers deployed to the region.