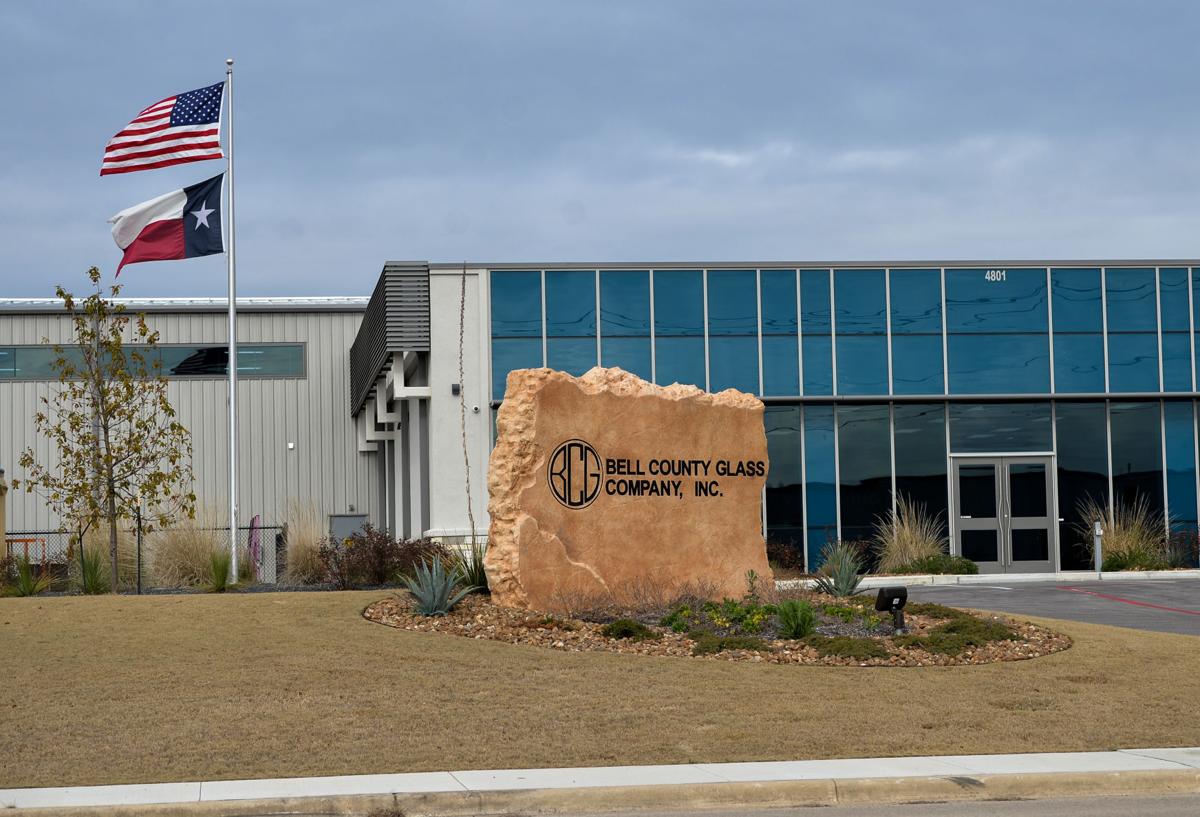 Bell County Glass is a recently new addition in the Killeen Business Park. The company is seen on Thursday, Jan. 10, 2019. 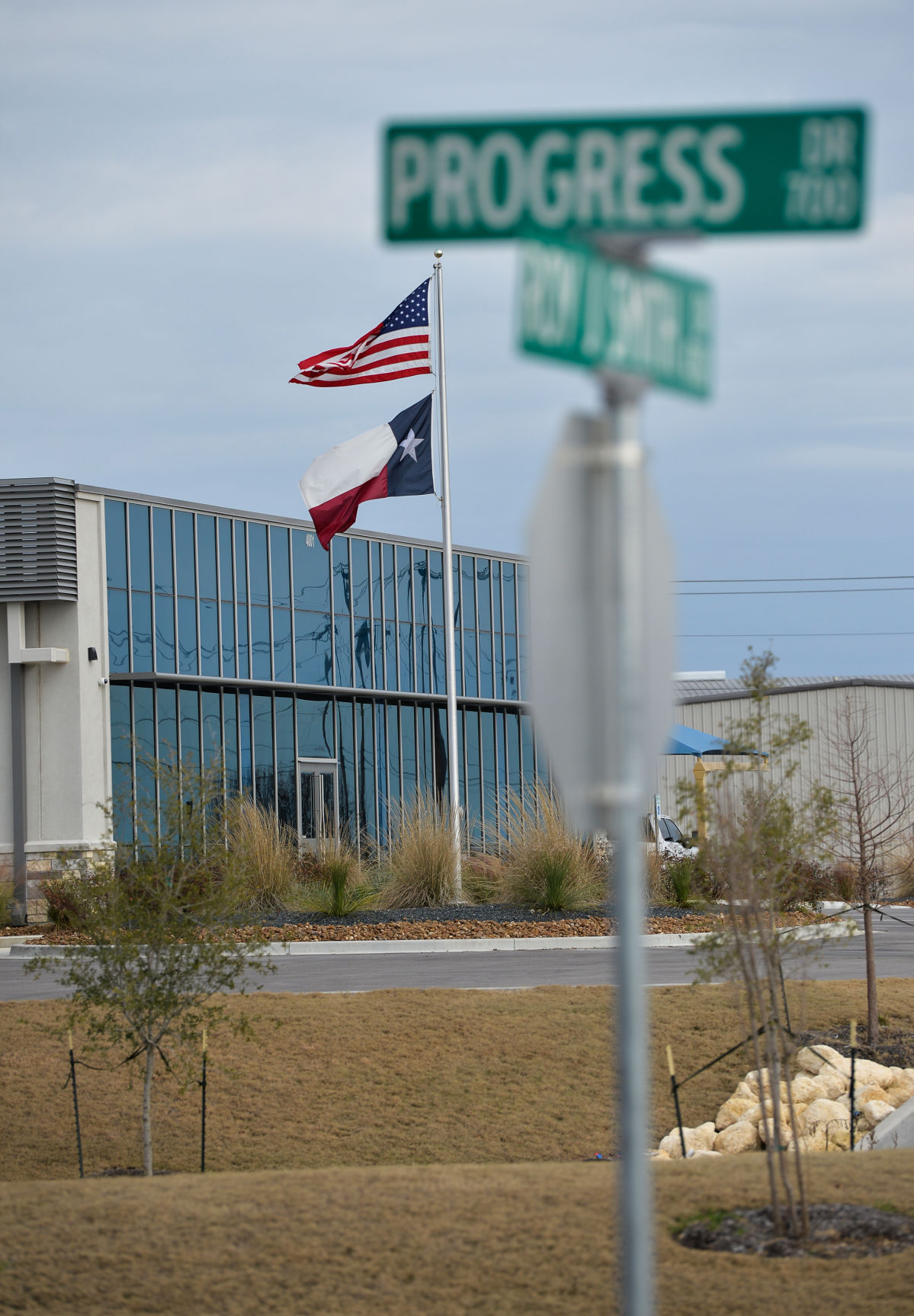 Bell County Glass is seen beyond the street sign at Progress and Roy J. Smith Drive on Thursday, Jan. 10, 2019. 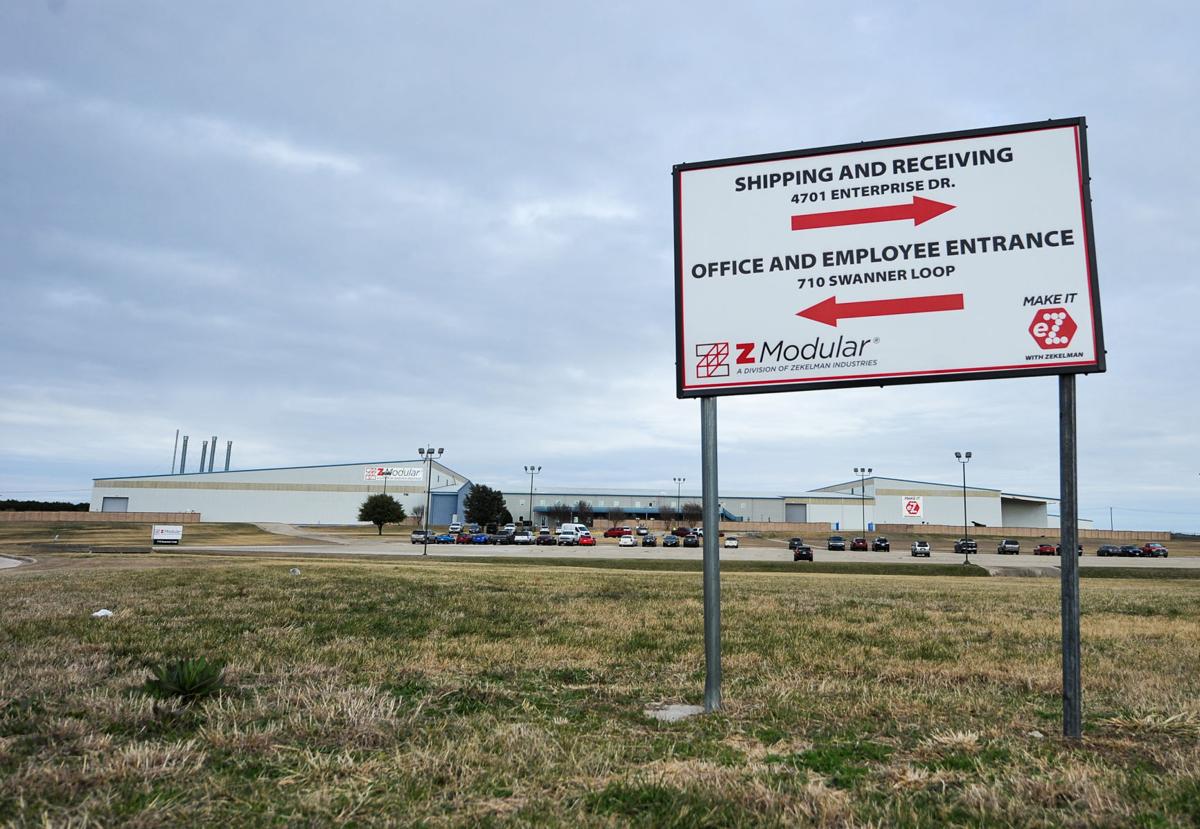 Z Modular is one of the businesses located in the Killeen Business Park, seen on Thursday, Jan. 10, 2019. 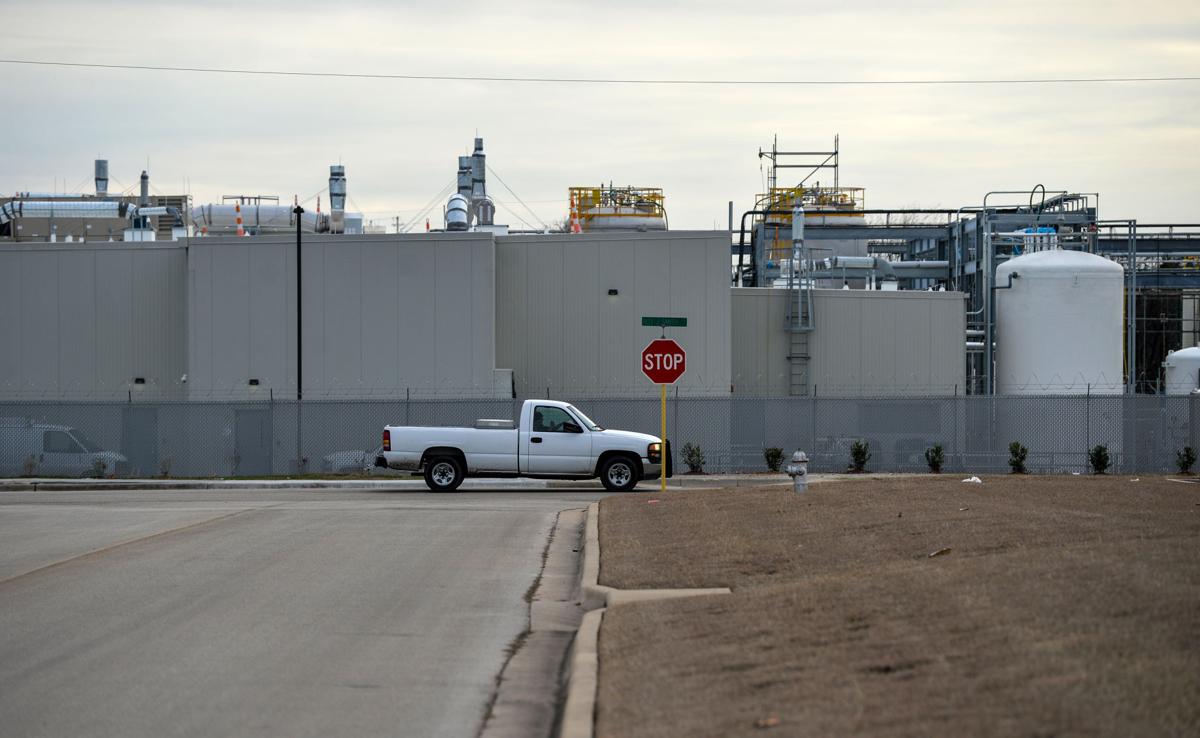 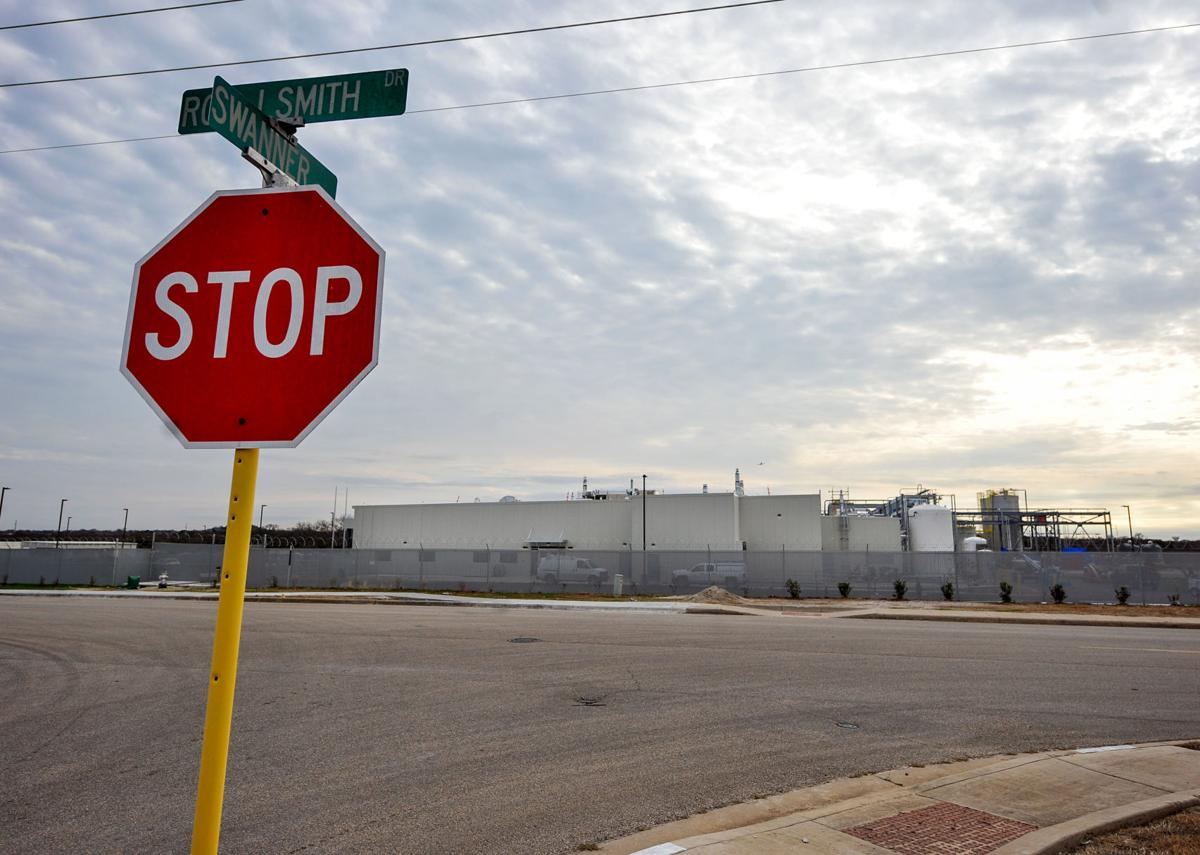 The Mitsubishi Pure Chemicals plant, which will make hydrogen peroxide, is still under construction on Thursday, Jan. 10, 2019, at the Killeen Business Park. 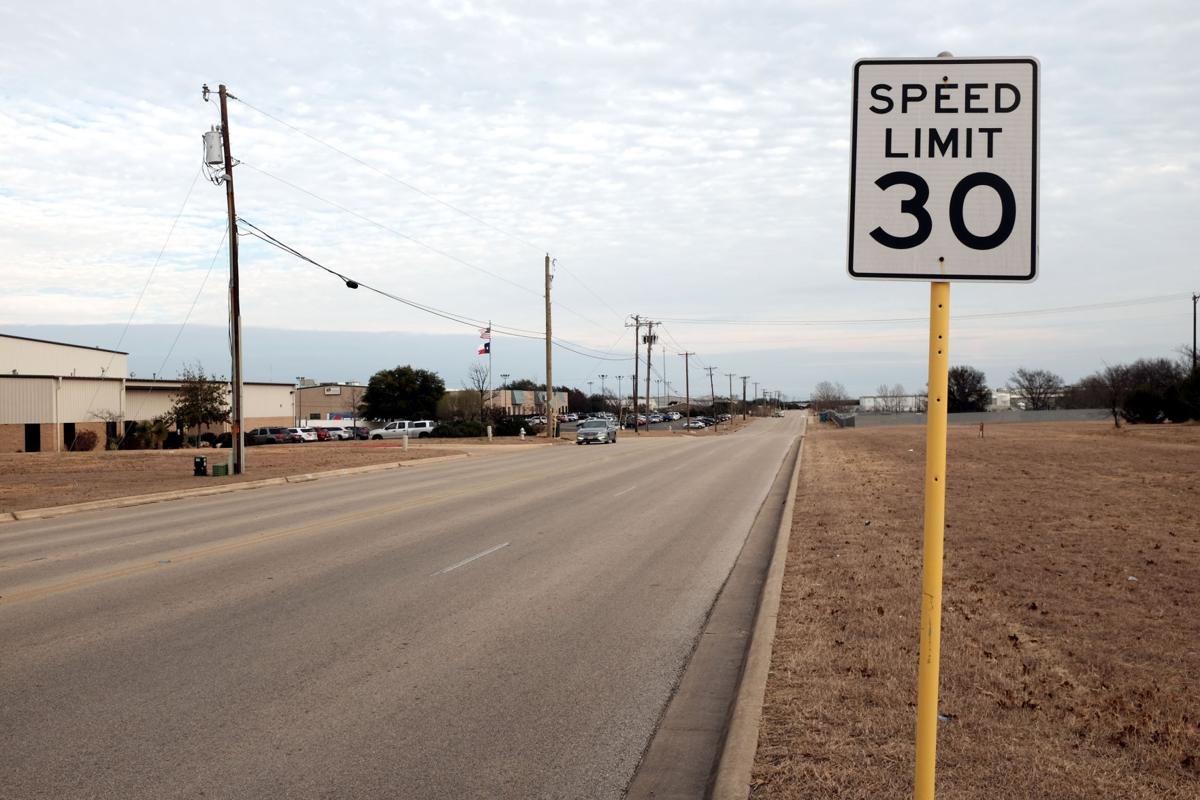 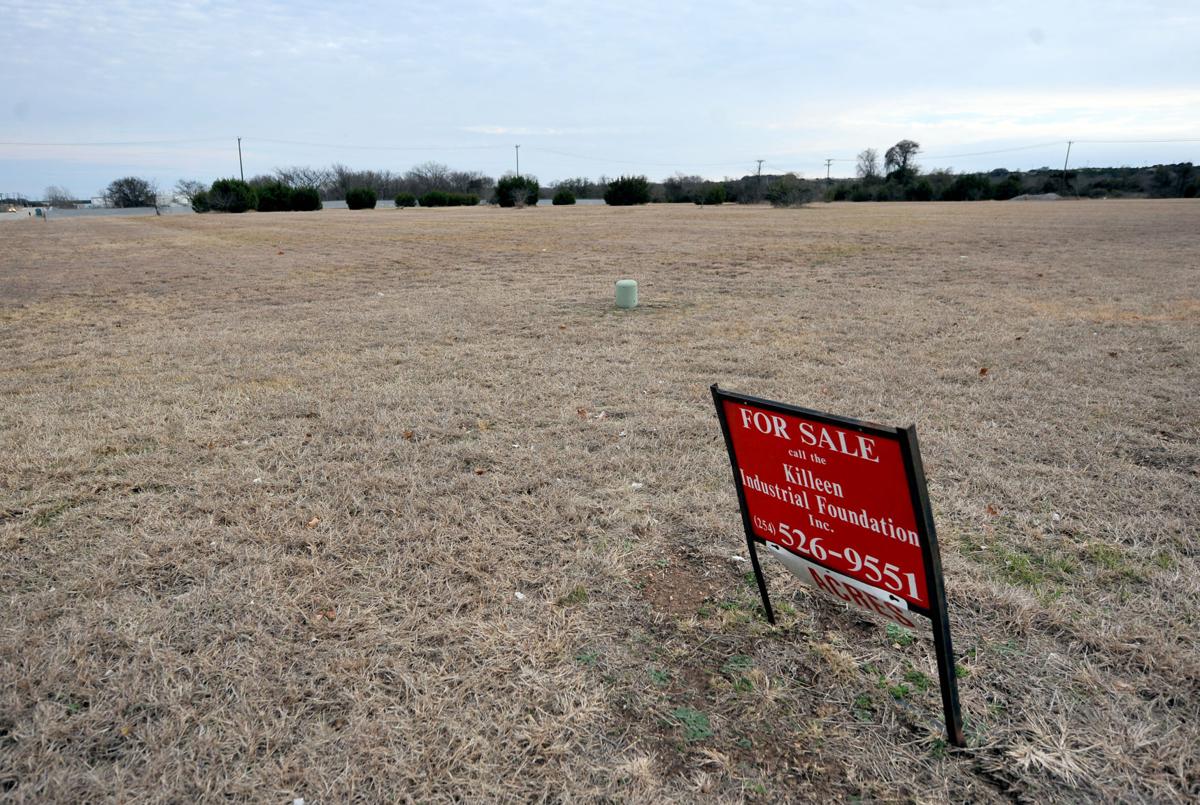 Acreage at the corner of Twin Creek Drive and Roy J. Smith Drive is for sale by the Killeen Industrial Foundation. 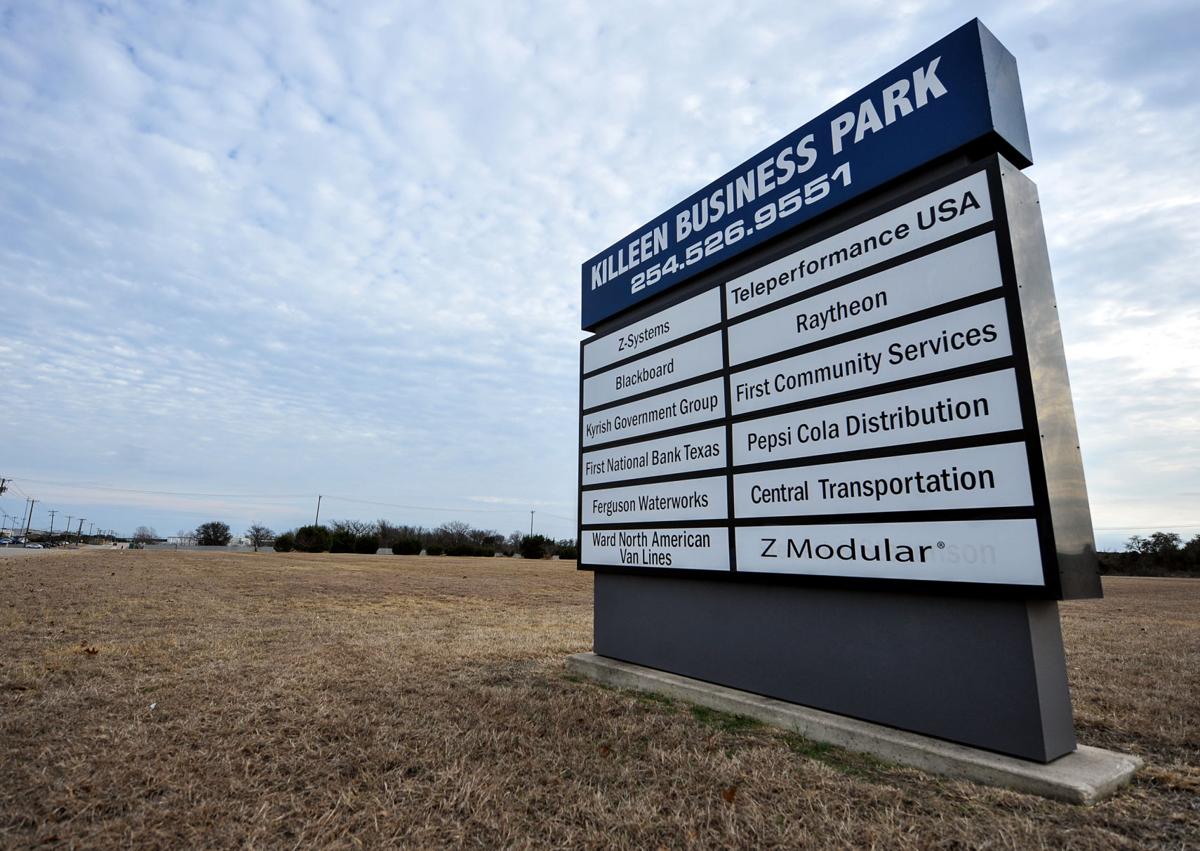 Businesses in the Killeen Business Park are listed on the marquis at the corner of Roy J. Smith Drive and Twin Creek Drive as seen on Thursday, Jan. 10, 2019.

Construction of phase one of a Mitsubishi Pure Chemicals America plant, will be complete in February, said Charles Watts, president of Killeen Economic Development Corporation, in a business update to the Killeen City Council.

The plant, which will process and purify hydrogen peroxide, occupies more than 18 acres in the Killeen Business Park, and will create 28 jobs with an average annual salary of $66,600, Watts said.

The plant is expected to go into commercial production in March, he added.

“Employees have been hired and are undergoing training in Mesa, Arizona,” where the company has a another plant, Watts said.

In return, the plant is obligated to hire 28 positions with an average salary of $66,600, make a capital investment of about $23 million for its 20,000-square-foot original facility, and create an additional 28 jobs and make an additional $20 million investment if the facility expands, according to Herald reports of its earlier contract.

Construction has also begun on the second phase of the plant, which will process and purify ammonium hydroxide, Watts said.

“KEDC is conveying an additional 2.8 acres for this project,” Watts said. “The project will result in an additional $12 million capital investment and five new jobs with an average annual salary of $66,600.”

The target date for this project to go into commercial production is this summer, Watts said.

All of the production capacity of both phase one and two of the plant have been sold, according to Watts’ presentation.

“Assuming this capital investment is captured on the tax rolls, MPCA would be one of the three largest taxpayers in the city of Killeen,” Watts said. “And, this company provides an entry for us into the semiconductor industry.”

The first phase of the project drew concern from the community when the deal was announced in 2017. More than 100 people attended a community forum at the Killeen Community Center to ask questions about the plant’s impact on the surrounding neighborhoods.

Solix, which offers business management services, has met requirements they agreed to during a 2014 performance agreement, and created 175 jobs in the remodeled facility at 402 Avenue D in downtown Killeen, Watts said.

“This original building is being remodeled to add 180 new jobs,” Watts said. “That work is complete with the exception of electrical hookup to about 25 of the 130 additional cubicles.”

The EDC is expanding its relationship with Solix through a second performance agreement in May of 2019, at an additional building at 201 E. Avenue D.

Construction of the second facility is complete and Solix is currently training 40 new employees in the building, Watts said.

When complete, and fully staffed, Solix will provide a total of 367 jobs in downtown Killeen, he said.

“We appreciate the city of Killeen Permitting and Inspection team’s help with the work in these two buildings,” Watts said.

He also expressed gratitude for those who worked on, and approved, the streetscaping project at the 402 Avenue D location.

“Obviously, if downtown is to redevelop, employers like Solix will be key,” Watts said.

During the final quarter of 2018, the EDC announced that Z Modular, a division of Zekelman Industries, purchased the 230,000-square-foot building at 710 Swanner Loop in the Killeen Business Park.

Their products can also be used for steel hollow structural sections for framing, steel conduit for electrical raceways, and steel pipe for mechanical applications, Watts said.

“Our staff has been assisting Z Modular with employment processes,” Watts said. “The company has told us that they expect to hire up to 250 highly skilled workers within three years.”

Looking ahead, KEDC provided $83,000 to fund a study to determine the main influences of economic growth in Killeen, Watts said.

The study will have input from the Greater Killeen Chamber of Commerce, the city of Killeen, Killeen Independent School District, the Heart of Texas Defense Alliance and Workforce Solutions, along with a professional economic consultant, he said.

One known contributor to economic stability in Killeen is the military presence, according to Meredith Viguers, chairman of the board of directors of the Greater Killeen Chamber of Commerce.

“Fort Hood is the largest economic driver in the region and state,” Viguers said. “That economic impact cannot, and should not, be taken for granted. Military spending has become, and will continue to be, extremely competitive.”

A recent report released by John Conger, a former legislative staff member for U.S. Rep. Chet Edwards and Department of Defense undersecretary indicates that 36.7 percent of the jobs in the community are directly dependent upon Fort Hood.

“This is unique among all of the installations in the state,” Viguers said. “No other community depends on a base for its economic support the way that the counties and cities around Fort Hood rely on it.”

The EDC also approved $250,000 in matching funds to attract new routes to the airport, in response to a request from Matt Van Valkenburg, the city’s aviation director, Watts said.

Van Valkenburg’s second request for up to $25,000 in matching funds for airline marketing activities was also approved, he said.

The EDC receives more than $300,000 annually from the city of Killeen.

In the last quarter of 2018, the EDC completed extensive roof repairs and weather proofing for the building at 703 Swanner Loop, leased by two tenants, Watts said.

First National Bank Texas, which leases office space for the bank’s Human Resources Department, extended its lease at the Swanner Loop location, according to Watts’ presentation.

Raytheon, a defense contractor lost its contract, and will vacate its portion of the building by the end of January, Watts said.

Negotiations have already begun to lease this space to a new tenant, he said, but specifics on the potential tenants will not be disclosed during negotiations.

The EDC is also in the process of engineering and modifying the HVAC system and making other exterior improvements on the second building, at 4501 Roy J. Smith Drive, Watts said.

The second building is exclusively occupied by Blackboard Student Services, he said.

“Blackboard provides services to universities and colleges around the country,” Watts said. “We are close to an agreement on a new three-year lease.”