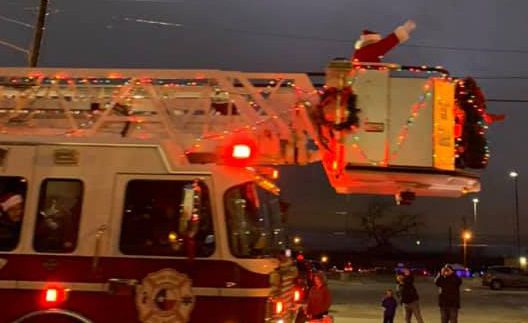 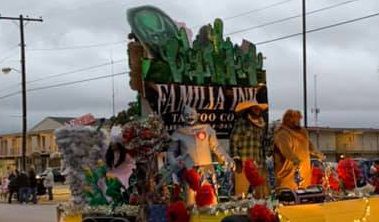 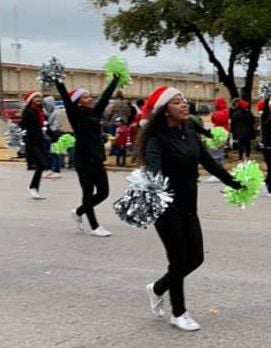 Ellison High School students dance their way down the streets of downtown Saturday.

The frigid temperatures did not stop thousands from lining the sidewalks Saturday afternoon as the 56th Annual Killeen Christmas Parade made its way through the streets of downtown Killeen.

The Christmas parade is one of several annual events put on by volunteer group Celebrate Killeen, and was themed “A Texas Christmas.”

Not even the Grinch was able to steal the excitement during the parade, although there were several sightings of him along the parade route.

Children in the crowd danced along with the dance and step teams from KISD elementary schools, while marching bands and Junior ROTC groups from Killeen, Ellison, Harker Heights and Shoemaker high schools kept the beat of the parade.

Over 80 floats and vehicles wound through the streets Saturday, featuring businesses and groups from the community.

Spectators huddled together, wrapped in blankets and heavy coats as the parade passed. As the end of the parade approached, one emcee told the crowd to make some noise if they couldn’t feel their feet, but the sounds made were shouts of excitement as children caught a glimpse of the guest of honor.

“Santa’s coming!” one boy turned and told his sister.

There, making his way down the street in the bucket of a Killeen Fire Department engine, was the man himself, waving to the crowd and offering a jolly laugh.

Don’t worry if you missed seeing Santa; he assured the crowd that he will be back in just a couple of weeks.