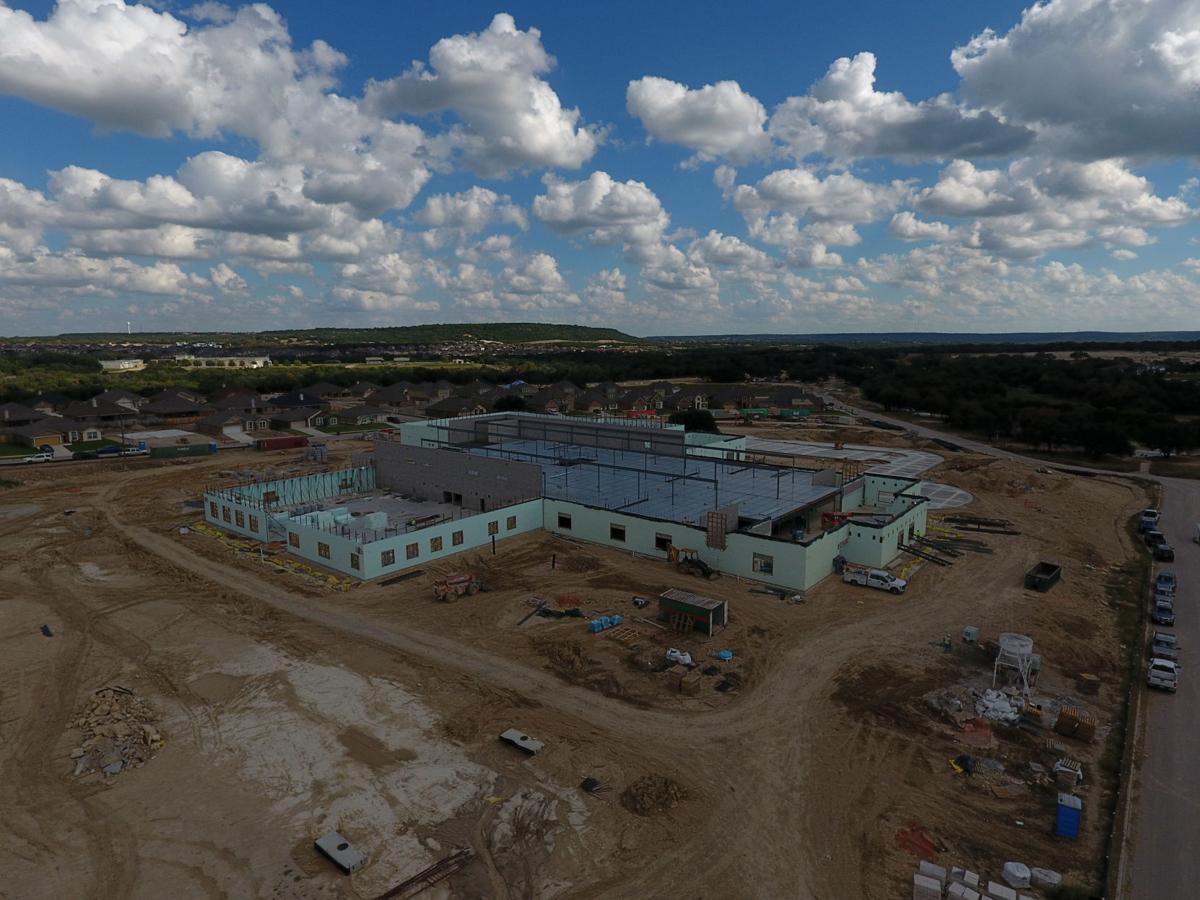 The project is set for completion in June and scheduled to open for the 2019-20 school year, Abbott said.

The school will house 1,050 students, including the temporary students from East Ward Elementary school. The current East Ward Elementary campus is set to close and be demolished at the end of this school year. A new replacement campus is set to be constructed on the existing site, using money frompart of the $426 million bond approved by the school board and voters in May.

When that school is built, Maude Moore Wood will be rezoned. Bond money was not used for Wood elementary.