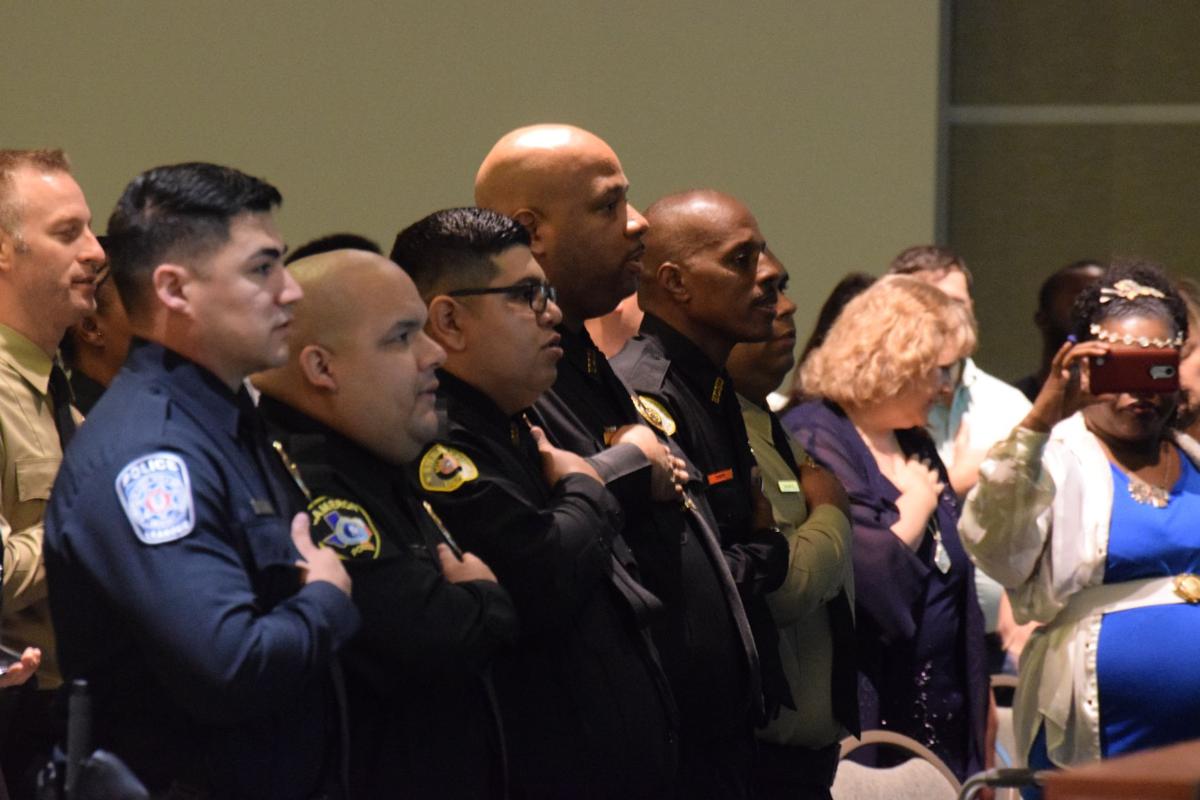 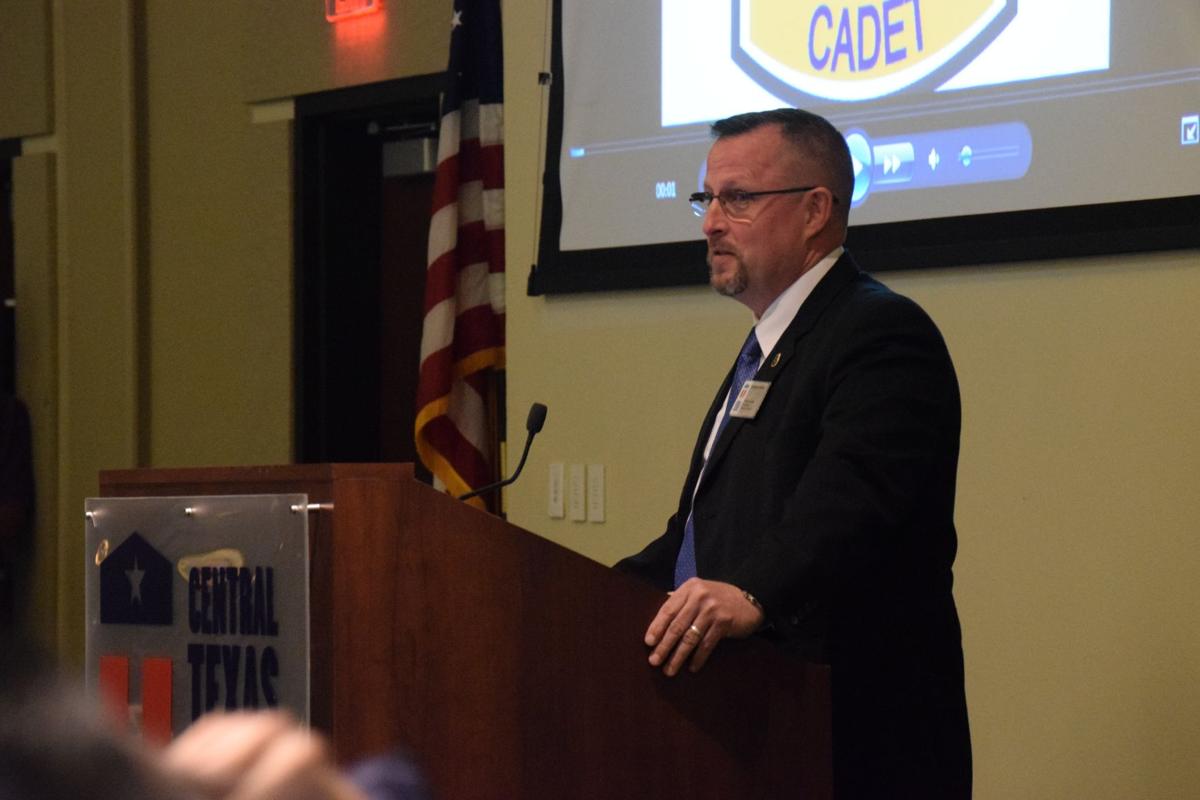 Agent Shawn Miller with the Texas Alcoholic Beverage Commission said he tore up the speech he prepared prior to the graduation ceremony Saturday at Central Texas College for 17 cadets who completed the school’s police academy.

Miller, the guest speaker at the ceremony, saw it proper to speak straight from the heart to the officers-to-be.

“That badge does not belong to you,” Miller said. “It belongs to the people you serve.”

Prior to graduation, all cadets passed the state licensing exam with an average score of 87 percent. Each cadet is now eligible to become peace officers in Texas. The class average for the entire course was 93 percent.

During the 10-month, 720-hour course, cadets were subjected to numerous written exams on which the class of cadets earned an overall academic class average of 93.53 percent.

The Anderson Campus Center was filled to the brim with hundreds who celebrated the 17 set to serve in law enforcement.

Miller urged them to fight urges when they feel their job is just a job, and to rely on those close to them.

“You’ll get good calls, funny calls and very, very sad calls. Rely on friends and family members. Don’t keep it bottled up inside,” Miller said on coping with the demands of law enforcement. “If you need to cry, cry. Some of the strongest men I’ve known have cried.”

The Best Instructor award, as voted on by the cadets, was presented to Sgt. Steven O’Neal of the Copperas Cove Police Department.

Valdez thanked those who helped him and his colleagues.

“This journey isn’t one easily taken alone,” Valdez said. “Everybody held a full-time job during this. Some were full-time dads. Thank you to every person in this room.”