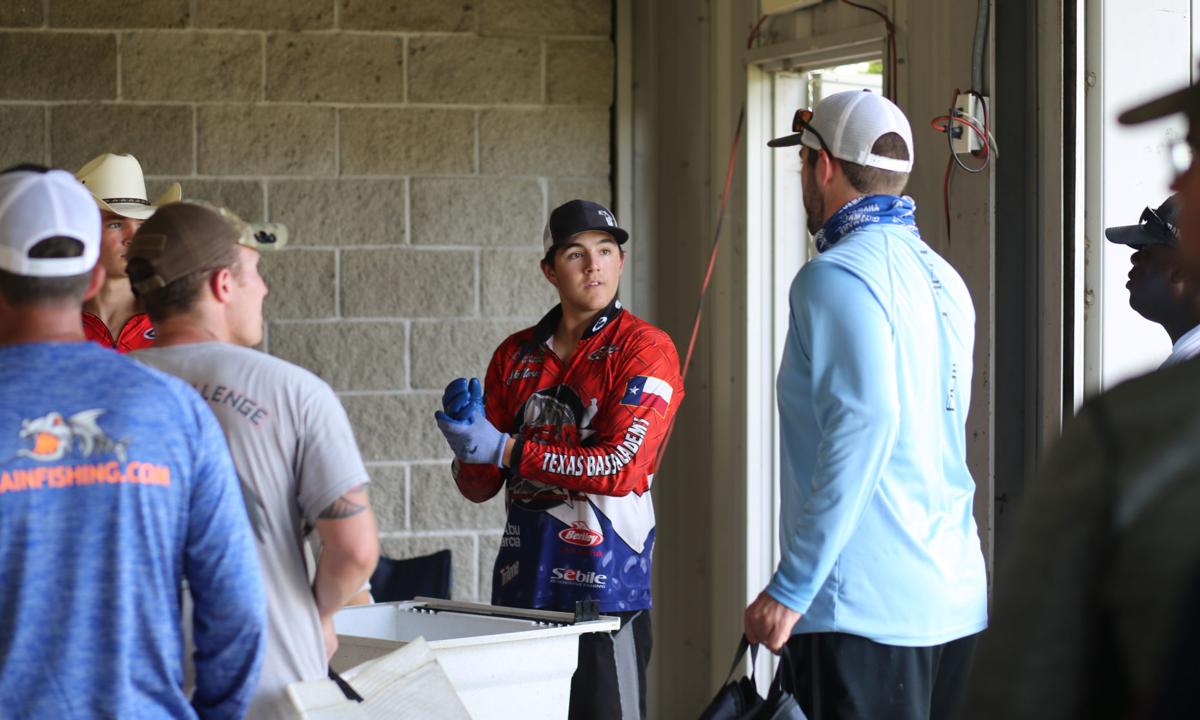 Teams wait for their fish to be measured by Jake Marsac of the Texas Bass Academy, and then fish were weighed. Whether the weights came in at 4 pounds or 17, smiles were seen all around. 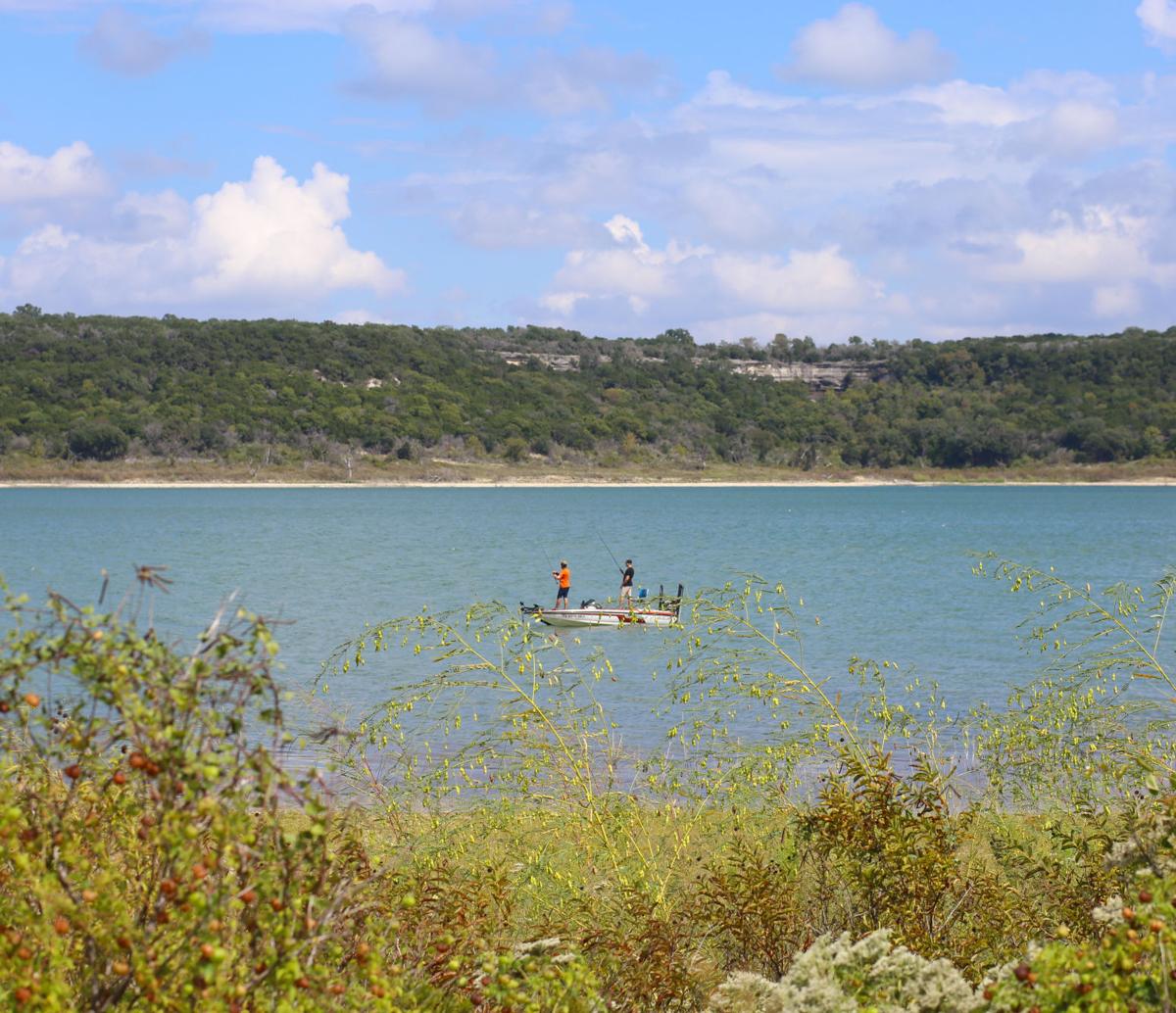 A team tries fishing shallow water in Belton Lake on Saturday afternoon at the Fishing for Freedom tournament.

Jake Marsac, from Round Rock, makes sure fish measure up before being weighed. Marsac is a high school angler for the Texas Bass Academy.

The weights of the largemouth bass got higher as the day went on, as Belton Lake is known for its afternoon bites.

John Epp, left, who is retired from the Navy, started at the tournament six years ago and this year brought his own boat. He and fellow veteran John Miller formed the “John Boat” team. Cliff Brown, at right, said it is the 13th year for the Fishing for Freedom tournament.

More bass boats were seen on Belton Lake than a typical Saturday with the Fishing for Freedom tournament going on.

Anglers rush to beat a late-afternoon storm that rolled across Belton Lake on Saturday at the Fishing for Freedom tournament.

BELTON LAKE — Around 300 boats with 600 fishermen from across the nation joined together on Saturday at the Belton Lake Outdoor Recreation Area for the 13th annual Fishing for Freedom tournament. Anglers had their sights on the first-place prize of a brand-new $32,000 bass boat, but many more were there just to have fun and support the military.

“It’s important to show the soldiers that we appreciate what they do for us,” said event organizer Mary Brown. “I’m not sure they get a lot of opportunities to not think about life problems.”

Volunteer fishermen, including some professional anglers, fished with soldiers during the day. The volunteers provided their boats, fuel, fishing equipment and their expertise. The Temple Elks Lodge helped out in the pavilion’s kitchen with snacks and drinks.

Brown said she has seen many friendships blossom out on the open water, fishing rods in hand, which is important for the military community.

“It helps let them know they’re part of our community and we’re happy to have them here,” she said. “The good camaraderie in fishing is similar to the military.”

The winning team of Cris Tatum and Broc Boettcher just about broke the scales with their largemouth bass weighing in at 18 pounds, 62 ounces. The second-place team of Reynaldo Ramon and James Banks rolled in with 17 pounds, 91 ounces worth of fish. Charles Whitted and Gabriel Gonzales came in third place at 16 pounds, 33 ounces.

Tremele Carthen, a soldier in the Army, said he had fun catching his fish. His partner, Kyle Jenkins, volunteered his boat and helped Carthen and along the way the two men became friends.

Jenkins started fishing in the Fishing for Freedom tournament while in college.

“It’s nice to be able to give back,” Jenkins said. “I try to keep doing it every year.”

Organizer Cliff Brown said the next three tournaments already have been scheduled.

Emily Hilley-Sierzchula is reporter for the Killeen Daily Herald. Reach her at emilys@kdhnews.com