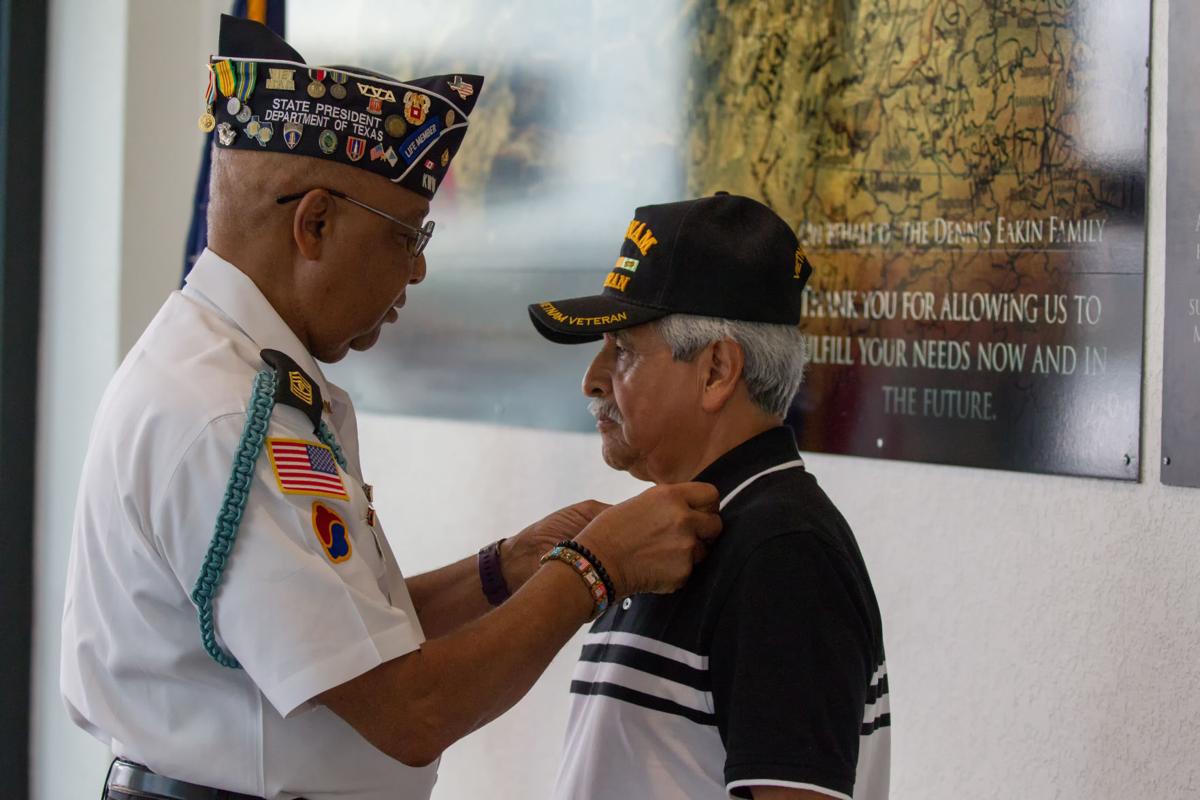 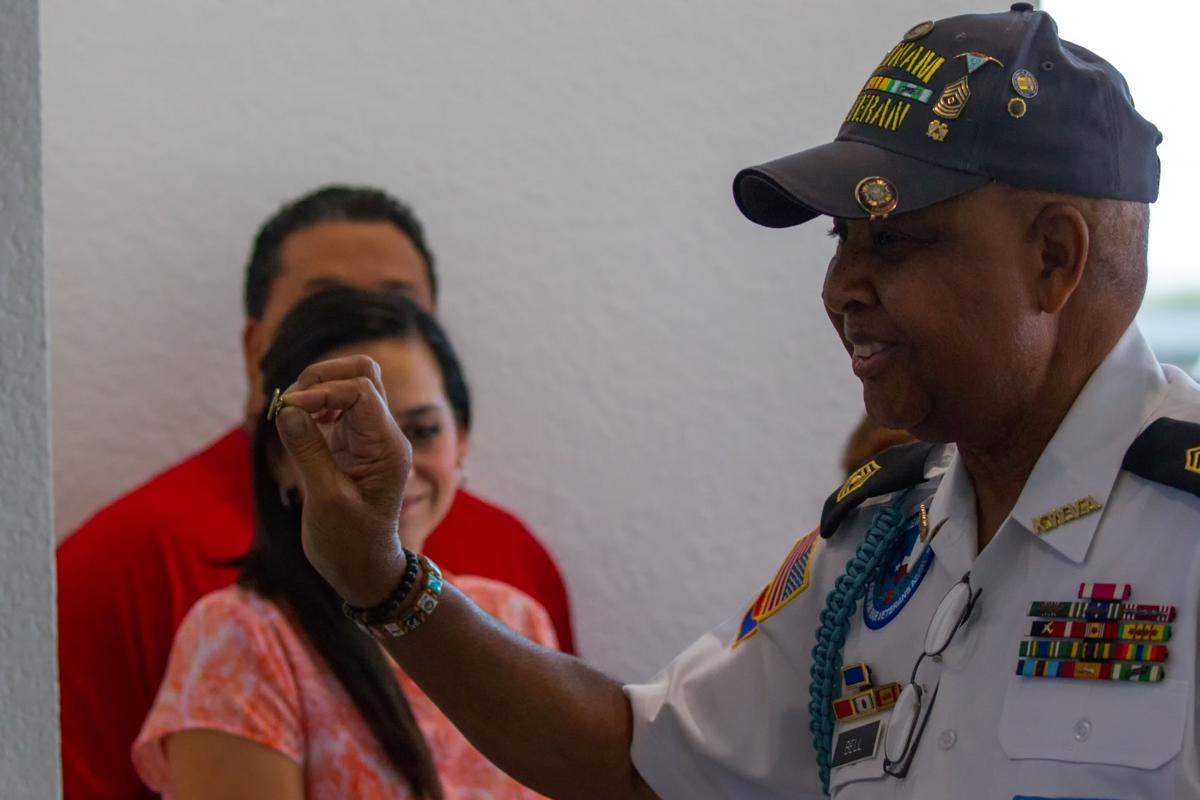 As part of nationwide effort to commemorate the 50th anniversary of the Vietnam War, a pair of Central Texas Vietnam veterans were honored during a ceremony in Killeen Wednesday.

Joel A. Navarro of Austin and Charles R. Sherman of Killeen were given service pins and a certificates of honor for their military service during the Vietnam War during the morning ceremony at Dennis Eakin Kia, a car dealership in Killeen.

Organizing the event were National Director for the Korean War Veterans Association, retired 1st Sgt. Eddie L. Bell Sr., and Anthony Freeman, salesman for Dennis Eakin Kia, where similar Vietnam veterans ceremonies have been held in the past.

Freeman and Bell said they want to get as many Vietnam veterans honored before the end of the commemoratory event which is on Nov. 11, 2025.