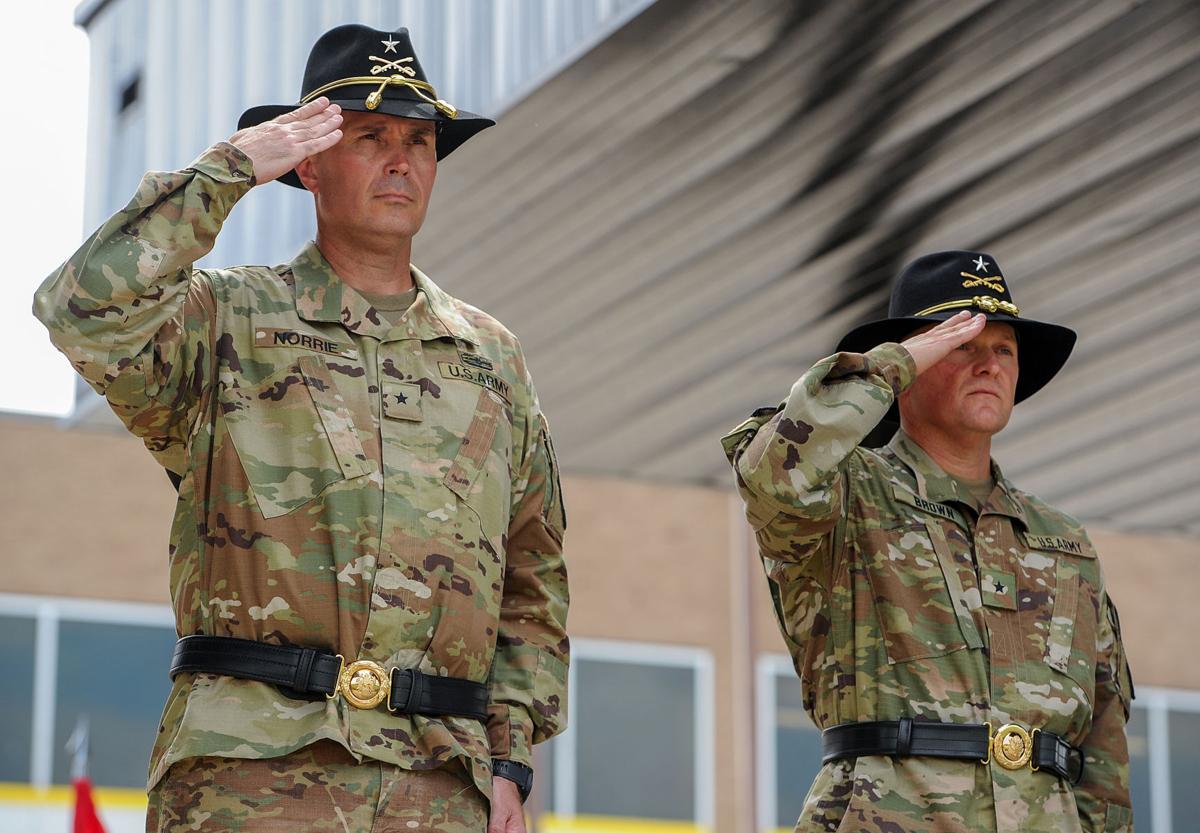 Colonel Chris Norrie, left, and Colonel Miles Brown were promoted to Brigadier Generals on Friday, Sept. 28, 2018, Norrie for Maneuver and Brown for Support of the 1st Cavalry Division in an advancement ceremony held on Cooper Field at Fort Hood. 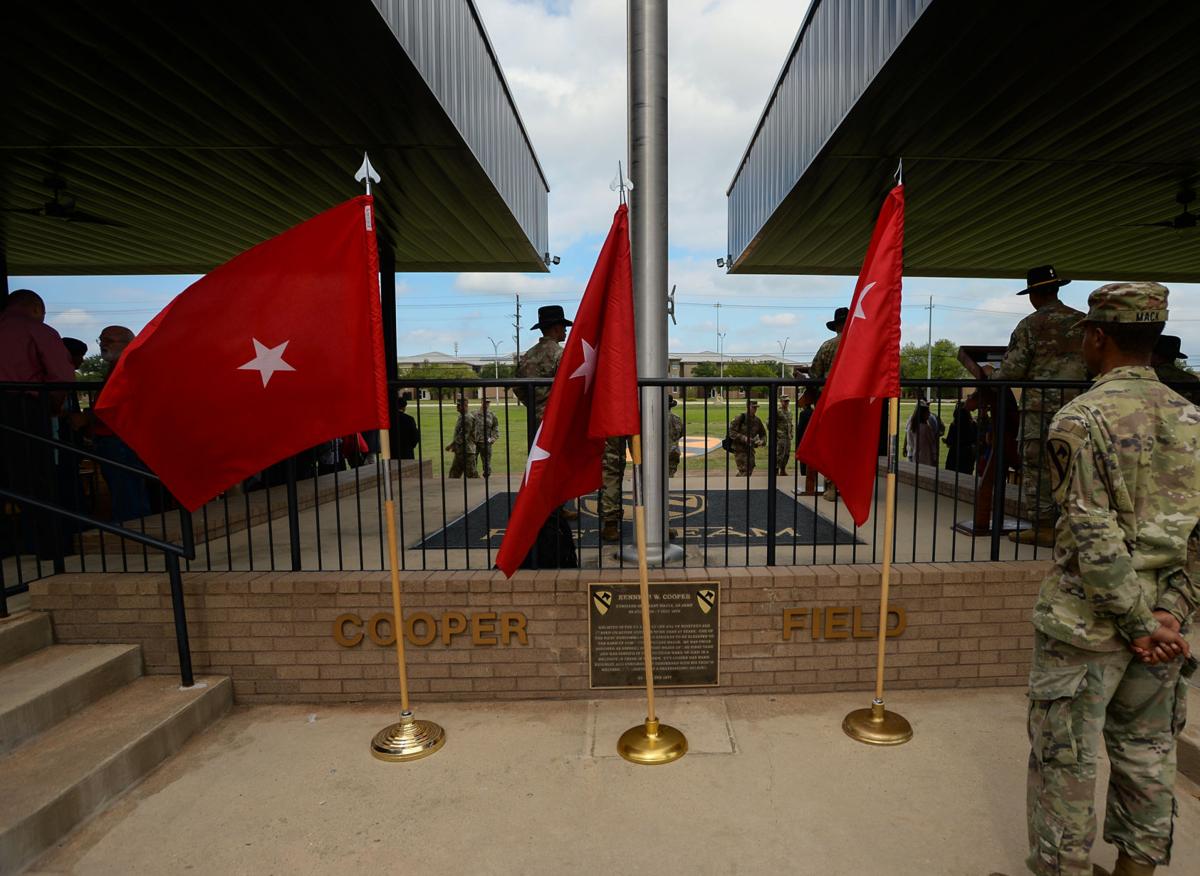 One, Two and Three star flags are seen at Cooper Field during an advancement ceremony for Col. Chris Norrie and Col. Miles Brown on Friday, Sept. 28, 2018. Col. Norrie and Col. Brown were promoted to Brigadier Generals of Maneuver and Support for the 1st Cavalry Division.

FORT HOOD — The two deputy commanders for the 1st Cavalry Division were promoted to the rank of brigadier general during a ceremony at Fort Hood’s Cooper Field on Friday.

“I’m fired up about the difference Miles Brown and Chris Norrie are going to make for our division and our Army as general officers,” Calvert said.

“Thank you so much for being here today; it’s such an honor for us, our entire family, to share this humbling and special day with all of you,” Norrie said.

“On the 28th of September 1989, I enlisted as a private in the U.S. Army Reserve. Exactly 29 years later I’m blessed to be here on Cooper Field as a First Team trooper,” Brown said. “I thank God that I am able to continue to serve and I’m humbled at this opportunity.”