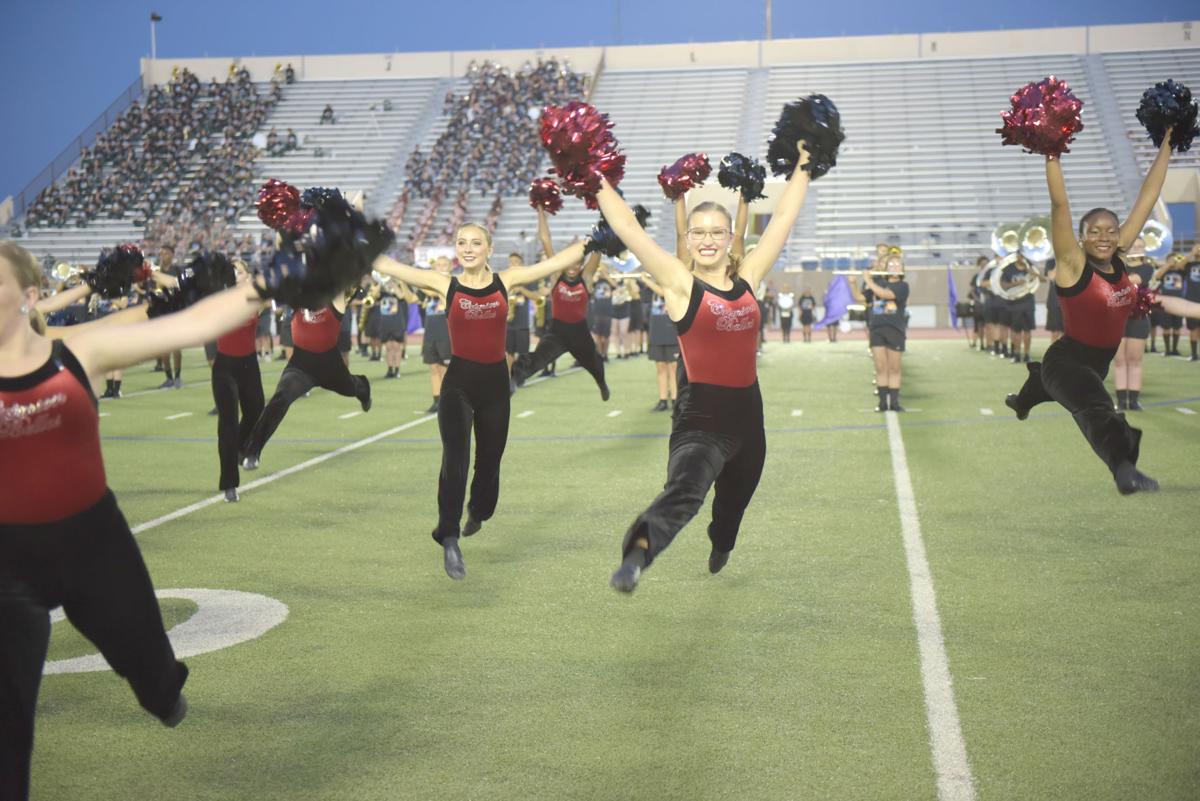 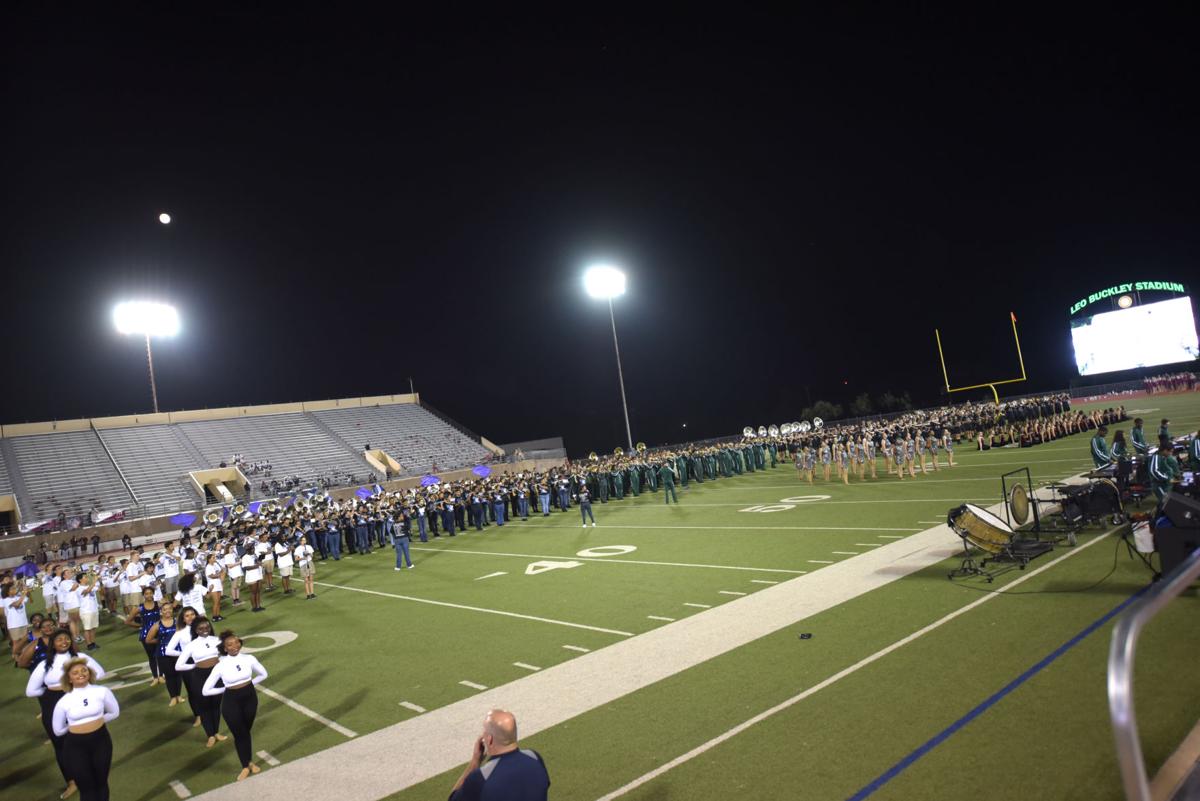 Today is the first day of school in KISD, but Saturday belonged to the marching bands.

In the 38th annual Spirit Spectacular at Leo Buckley Stadium, each band with color guard and dance team, took the field — Harker Heights, Shoemaker, Killeen and Ellison — bringing the packed home side of the stadium to its collective feet to cheer on the hardworking students.

The spectacular ends more than a month of summer work for students and signals the start of the school year and with it the start of marching competitions and halftime shows.

In a special finish, the four bands took the field together in a patriotic grand finale to end the evening performance.

Sweating in the warm evening, Shoemaker senior drum major Carlon Rivera praised the Grey Wolf band members for their long hours of summer work. “We’ve come a long way,” he said. “This group has worked harder than ever. We have a lot of commitment this year.”

The Shoemaker band and Silver Star dance team are preparing a show called “Through a Warped Lens.”

The drum major said the music is strong and the changing sets through the show provide a challenge for the band.

“It’s a lot of fun and takes a lot of passion,” said Killeen High School senior drum major Sabrina Salvador. “There is a lot of dedication and pride here.”

The Roo band and Kangarettes dance team performed the start of their “The Fortune Teller” show, another entry with considerable movement and “fun, different music,” the drum major said.

“The band is doing good, it’s a great start,” she said.

Heading into her senior year and a year that 6A bands can advance in the University Interscholatic League’s rotating competition schedule, makes for excitement, the drum major said. “I’m anxious to see what awaits us.”

During the intermission in the middle of the showcase, Harker Heights High School Red Brigade Band senior drum major Jordan Davis said it’s a special time for the marching band members to begin another season.

“It’s really extraordinary getting out there,” he said. “This is payoff for the work we’ve put in and we’re giving it all we’ve got.”

The Harker Heights show is called “When Worlds Collide.” Much of the performance has elements of the band and Crimson Belles dance team in separate circles moving together.

“We’re getting it all together, building a cohesive group,” Davis said. “It’s a lot of fun and it’s hard work. We’re trying to have fun with it.”

The Ellison High School Screaming Eagle Band and Emeralds dance team, the longtime host of Spirit Spectacular, took the field last with its “Brave New World” show and stayed on for the finale as their peers joined them for the final blast of spirit.

“It is a little nerve racking getting out there,” said Ellison senior drum major Joshua Smothers. “It’s a lot different than a practice field with the big crowd and the lights. I love it. When it’s over, I know I’m going to miss it. This year, we hope to go far.”