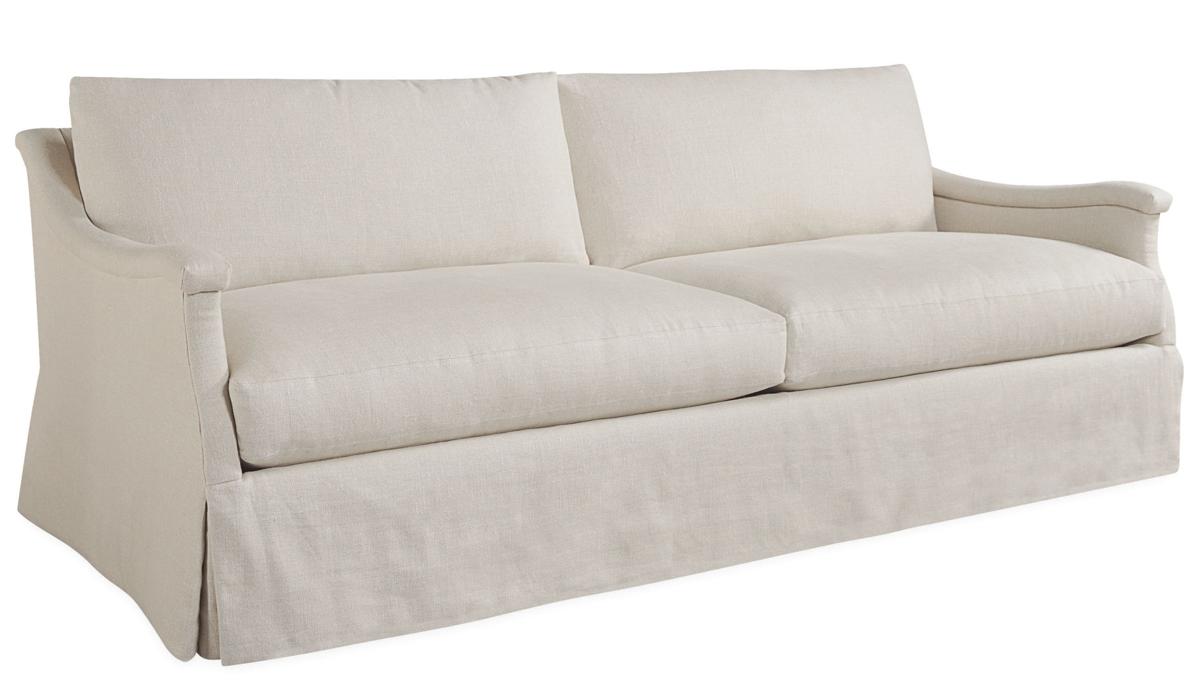 Designer Iantha Carley replaced her sofa with the 3701-03 sofa from Lee Industries after realizing her house needed a comfier couch-surfing zone. MUST CREDIT: Lee Industries.

Washingtonians started getting inundated with texts months ago as family, friends and friends of friends began inquiring about places to crash the weekend of Jan. 20.

Whether headed this way for inaugural activities or the Women’s March, many are planning to descend on local guest rooms, sofas and floors — preferably carpeted.

Because many close-in apartments, townhouses and condos can be tight on space, it’s going to take some creative thinking, and maybe a trip to Costco for paper products, to get through the weekend.

We polled several Washington area designers for creative ideas on how to deal with larger numbers of guests, whether providing reasonably comfortable sleeping accommodations or making sure you have a clean towel for everyone. There are plenty of things you can do to help out-of-towners feel welcome, even if they’re not getting their own luxuriously appointed bedroom with 500-thread-count sheets and a private bathroom.

Upgrade your inflatable bed: It’s been a couple of decades since inflatable beds became the standard for kids’ sleepovers and in-law visits. (You sleep on it while your in-laws sleep in your king-size bed.) The one that Silver Spring, Md., designer Iantha Carley thinks is best of class is the Frontgate EZ Inflatable Guest Bed. She bought it in queen size. It inflates and deflates with a push of a button. “I was looking for something relatively inexpensive and easy to store; it deflates into a storage case,” she said.

Replace your sofa: Carley said that when her kids started bringing college friends home to visit, she realized her house needed a comfier couch-surfing zone. She and her husband bought a tailored model from Lee Industries, and she said if you remove the back cushions, it’s a pretty good single bed.

Uphold basic standards: Everyone should have their own towel, said Alexandria, Va., designer Maria Crosby Pollard. And include a bar of soap and a washcloth. She suggested giving each guest a Frost Flex Plastic Cup with their name written on it with a Sharpie for whatever beverages they consume while bunking in.

Create your own bedrolls: A place to sleep doesn’t have to involve sheets and towels. For one client, Pollard sewed two comforters together face to face to create extra bedding. The Company Store St. Tropez Down-Free Comforter is a good choice, she said, because it comes in lots of colors. They can be laundered in a large washer and dryer.

Create a (realistic) sense of adventure: Washington designer Mary Drysdale said people coming together for a shared experience can be a blast and like one big, long slumber party. The key is to manage expectations by telling everyone in advance that they will be sharing bathrooms and maybe living rooms, Drysdale said. Then put out some little flower bouquets in jars, stock up on snacks and breakfast foods, and count your spare keys.