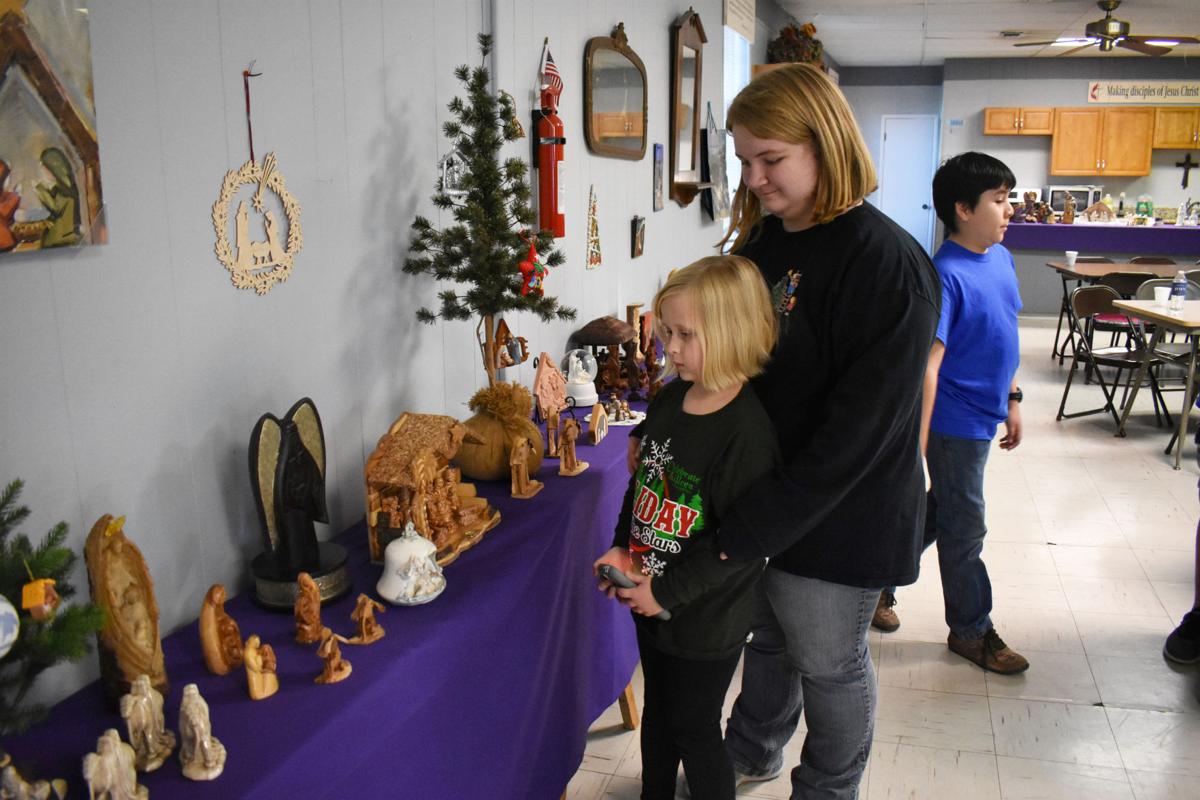 Rebekah Taylor, 6, and Shelby Hilliard, 13, admire some of the nativity scenes displayed Sunday, Dec. 10, 2017, during the second annual Nativity Amazement event at the First United Methodist Church in Nolanville.

Between 50 and 60 nativity sets were on display in the fellowship hall for visitors to look at during the event.

All of the displays are owned by members of the church.

“We have sets from all over that church members have allowed us to display for this,” event organizer Tammy Belk said. “We have a nativity set from Korea. We have one from Germany and we have plenty that were purchased in Texas.”

Belk owns three of the nativity sets on display, one of which she purchased in Arizona in 1987 and another purchased in Killeen.

“I really think this event is awesome,” Belk said. “Pastor Patricia (Warden) loves reaching out to the community. She really wants to involve the community in everything we do.”

Warden attended the event and spoke about the nativity displays she included, many of which were children-themed.

“I’m a mother of five, and I currently have eight grandchildren,” Warden said. “I started acquiring the children’s nativities when my children were little.”

Warden said one of her favorite nativity displays was actually a set of magnets. The magnets were stuck to a cake pan for the event.

Other nativities on display ranged from wooden to glass, and some even played music and would light up.

The Nativity Amazement event will also be open from 4 to 6 p.m. Sunday for people who were unable to attend Sunday. The church is at 300 West Avenue I.