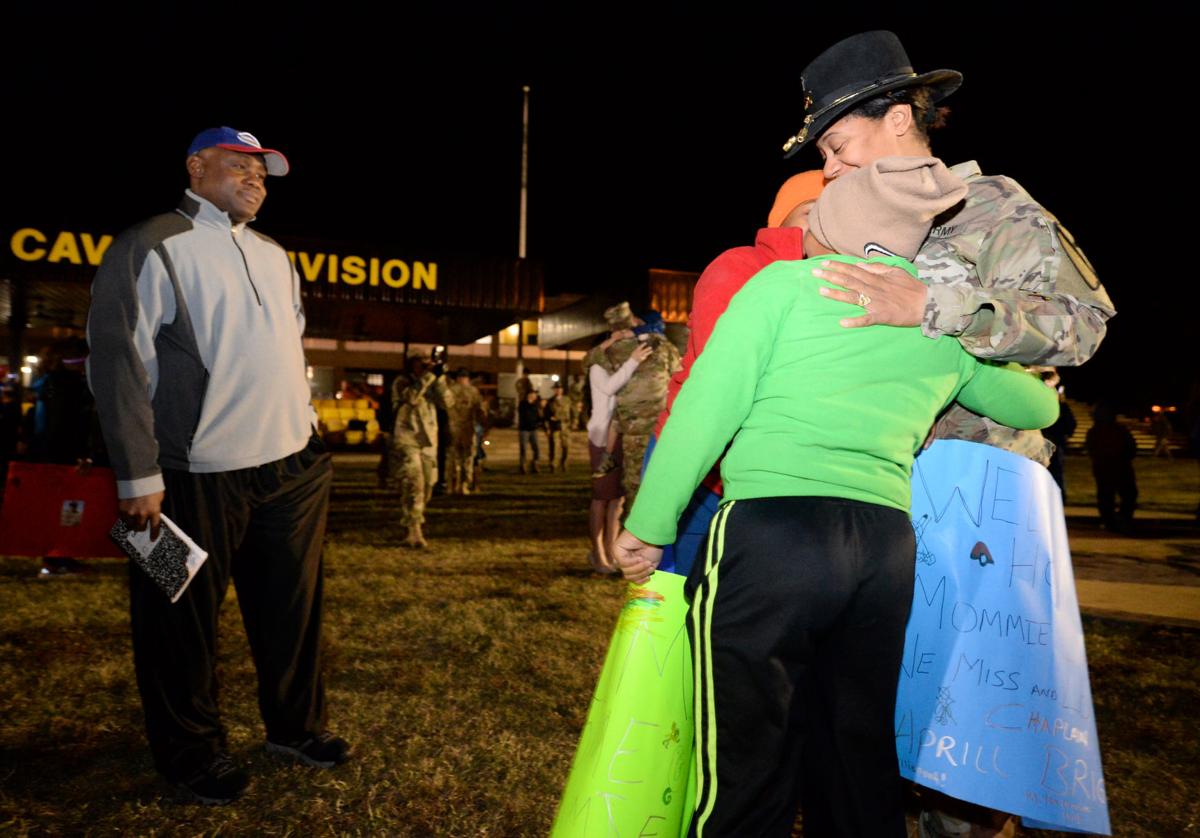 More than 3,000 soldiers deployed to several different countries, including Kuwait and Iraq, and conducted 12 different exercises with partner nations. The brigade provided fire support and advise, train and assist support to Operation Inherent Resolve in the fight against the Islamic State group.

“They did great — this is a great team and we’re happy to be home,” Woodward said. “The way this deployment wound up, the stars just aligned perfectly so we could all be home for the Thanksgiving holiday. The troops did a terrific job — I’m extremely proud of all their hard work. At one point, we were in nine different countries at the same time; we were spread out, so it’s just great to have everyone back in one place again.”

For Capt. John Bright, a U.S. Army Reserve chaplain for the 980th Engineer Battalion based in Austin, keeping the home fires burning while his wife, Greywolf chaplain Maj. Aprill Bright, was deployed was an unfortunate part of Army life.

Having her home in time for Thanksgiving was a bonus, but even better was the fact she would be home for their youngest son’s 9th birthday on Nov. 27, he said.

“It was perfect timing, so it’s a happy time for us,” John Bright said.

As for Aprill Bright, she said, “It’s just good to be home!”